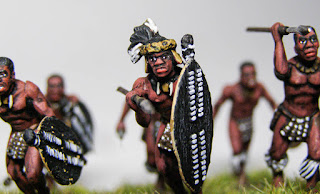 I don't know what happened. One minute I'm there happily painting Greek Hoplites and the next I find myself reaching for the boxes of Perry's plastic Zulus that I bought last year.  I must have imagined that I heard the drums of an approaching Impi, or perhaps it was taking my Martini Henry rifle to the range last week for the first time for a couple of years, but either way I was inspired and before I knew it I had finished painting the whole box! 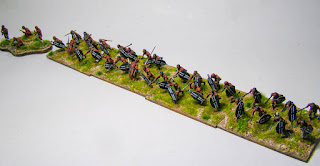 The figures really are very well designed.  Unlike a lot of plastic sets from some other manufacturers, it is possible to be imaginative and create a lot of different positions.  The arms and heads are separate from the warrior's bodies so allow a lot of creativity. 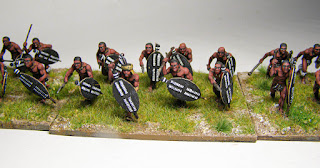 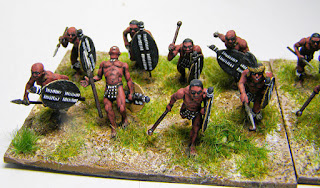 I thought I would try to use washes extensively with these figures, using the main colour as the base coat and applying a wash and a final highlight. This worked very well and sped the process nicely.  There was no escaping the need to add some detail and carefully highlight the skin to avoid the figures looking too plain though. 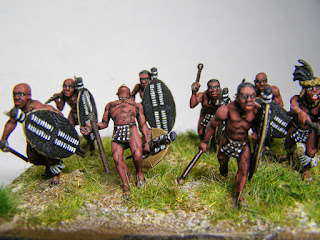 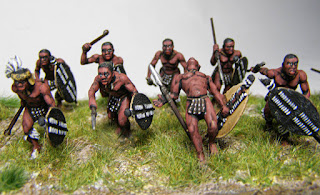 I decided to go for a regiment that was in the thick of some of the major actions of the Zulu War.  The umCijo regiment were heavily involved so I opted for these. As an unmarried regiment, the warriors do not have the head ring.
Some manufacturers show unmarried warriors wearing a whole plethora of exotic head-dresses.  This does not appear to be borne out by historical records.  King Cetshwayo ordered his troops to muster without ceremonial accoutrements prior to the first engagements with the British. 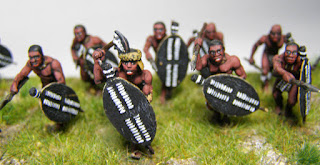 I have chosen to have each stand of 8 figures represent an amaviyo, of company strength.  There is one leader of each amaviyo who has slightly more exotic head-dress to show his status. 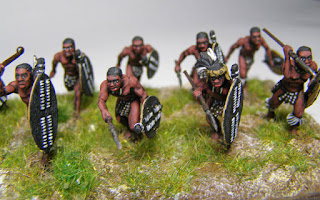 I have to say that it was great fun to try to make each figure into a real character. 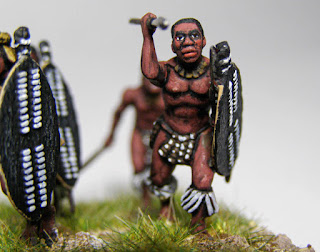 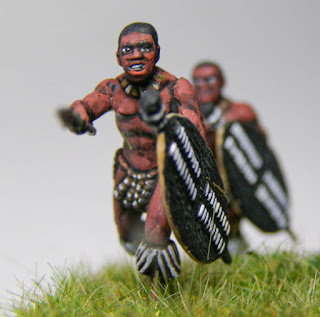 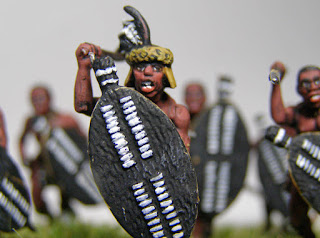 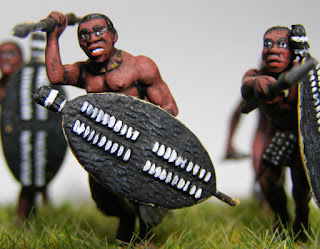 One time consuming part was having to paint on all of the white strapping on the shields which holds the leather hide to the central spar.  There was no getting around this. I have tried dry brushing but the raised surface texture always catches half of the paint and extensive touching up is then necessary.  It was better to pick my time, put on some good mellow music and just hand paint each line as carefully as possible. 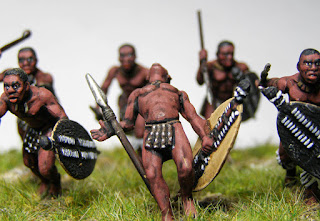 A nice touch was the figure falling backwards from being shot. This is a great figure that the Perry's give instructions for on how to assemble. 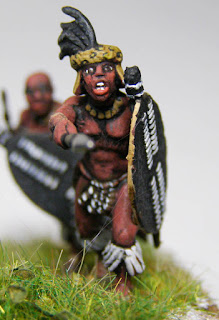 A sepia photo below - straight from 'The Graphic' newspaper of the time (!) 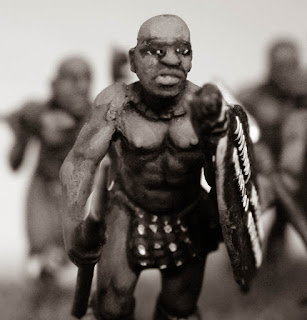 The Zulu's had quite a lot of firepower and the Perry's give a good number of muskets and spare arms to make more shooting troops than I chose to do from this box. 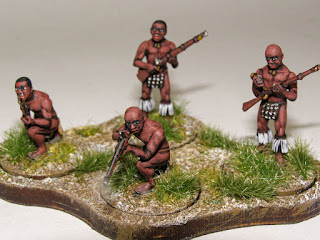 Also really useful are the casualty figures which make superb markers.  I avoided putting blood etc on, it's clear enough what the figure represents and our imagination can fill in the rest. 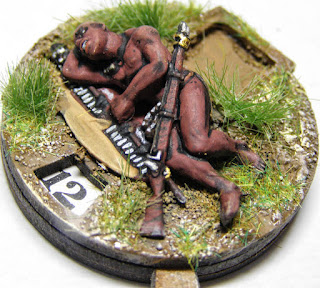 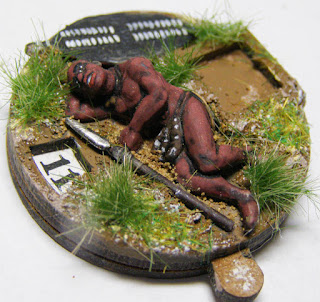 I have the Rorkes Drift set currently on my table being finished off and I will hopefully do a post on this soon.  I'm hoping the enthusiasm stays with me to do a number of boxes of Zulu's as I do need rather a lot of them.  I shall take my Martini Henry out on the range this weekend and see if it helps to keep me focussed on this fascinating period of history.
Posted by Jason at 23:34