The Battle of Philippi 42BC - To The Strongest Rules 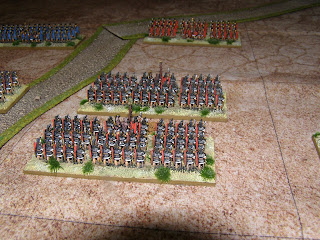 Well, it's been a funny old year so far.  Not least in my wargaming activities.  This has manifested in the form of incompleted units, stops and starts on projects and now redundancy putting the sudden brakes on my (sometimes excessive!) wargaming spending. 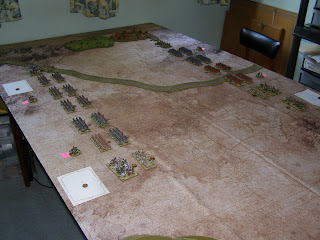 One of my greatest successes this year to date, however, has been finally getting a decent game in using Simon Miller's 'To The Strongest' Rules.  I have only just finished putting the figures away (it's now 0210hrs!) and i'm still buzzing from playing such an enjoyable game. 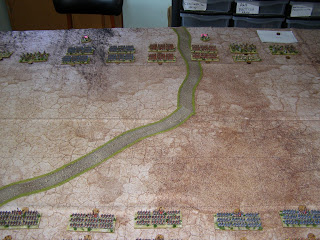 I have looked at the rules on and off over the last 3 years and tried play testing them but I clearly was doing things wrong.  A quick email to Simon and he very helpfully clarified what I should be doing!  Suddenly it all clicked into place. This was in 2016 and to my great shame, I never got around to playing again until last week when I play tested the rules correctly this time.  With this growing confidence I painted up a couple more units! 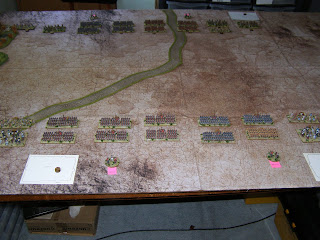 This evening the rules got a more thorough testing as I played my regular wargaming opponent, Ian.  We are both big fans of 'Hail Caesar' and are used to using ruler and dice and I was most interested to know what he thought of the rules. 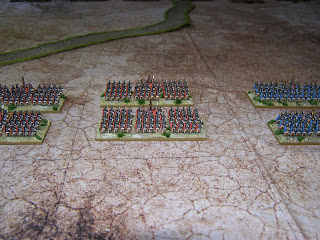 I loosely based the game around the Battle of Philippi (42BC), the first of the two battles of that year.  I made a lot of guesses for the units and allies and introduced special rules and modifiers to reflect Cassius's likelihood of suicide if his camp is captured and also Octavian's poor performance as a General during this battle. 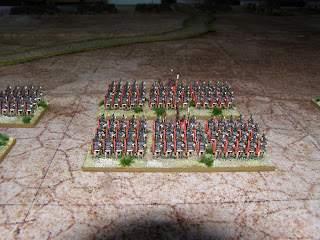 The marsh and hills were rough terrain and so favoured light troops. 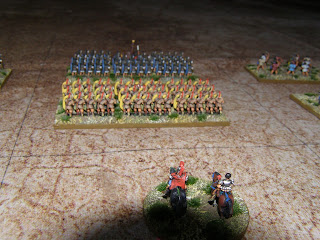 I have to say I do mostly game with 28mm figures but playing the game with 10mm figures was an absolute joy for the 'Grand Battle' experience.  I have been painting these figures on and off for a few years now and did some serious basing work last night to get the troops ready for today. 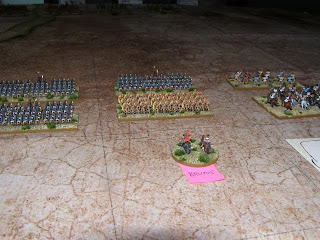 I won't give a full battle report of the game - the main reason is that it is so much work to do that and it would just put me off making any kind of blog post at all - and I have struggled of late to get any posts done at all. 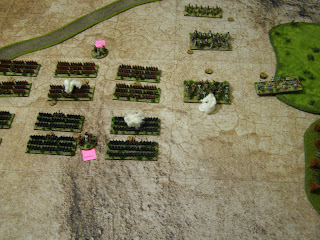 It reflects well on the rules in that, as Ian's army started to collapse (and mine somehow clung on despite the disorder affecting my centre) he still really enjoyed the game.  There are so many subtle and cleverly thought out rules that it really was a joy to play. 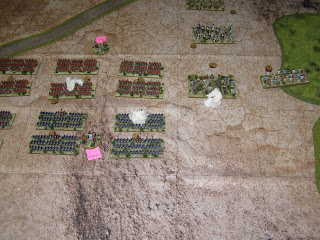 Please excuse the cotton wool balls being used as disorder markers - its just something that we have always used. Traditionally to represent smoke but I guess it could represent dust clouds being kicked up! 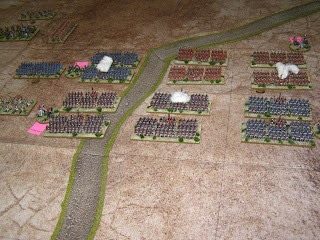 It was a hard fought game and the legionaries on both sides really slogged away.  Ian's Spanish Scutarii bravely prevented my cavalry from executing a dangerous turning motion and one of my light infanty units gave ground slowly against one of Brutus's Legions.  This held my line long enough to recover and ease rallying for my weakening troops. 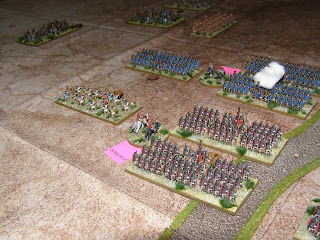 In summary I have to say that the rules are superb!  They really are so much fun!  There is much built into it which isn't perhaps apparent on first reading.  Initially I was surprised by the lack of supporting units rules - but they are there - they just work in a really great way.  Supporting units enable you to rally much more easily by preventing the enemy from having units threatening which could cause your testing unit deduction penalties.    The rules were great and we can't wait to try them again.  I have another couple of units of Spanish pushing their way to the front of the painting queue! 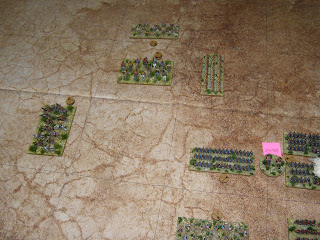 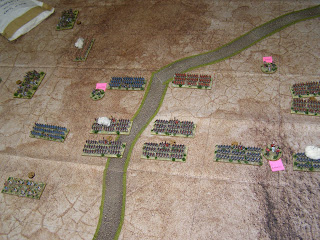 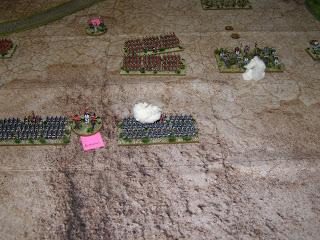 The 10mm figures used here are available from Old Glory UK and are the 'Grandscale 10mm' figures.

I really do need to get some decent camps/field fortifications though - my card ones are a bit of a let down!