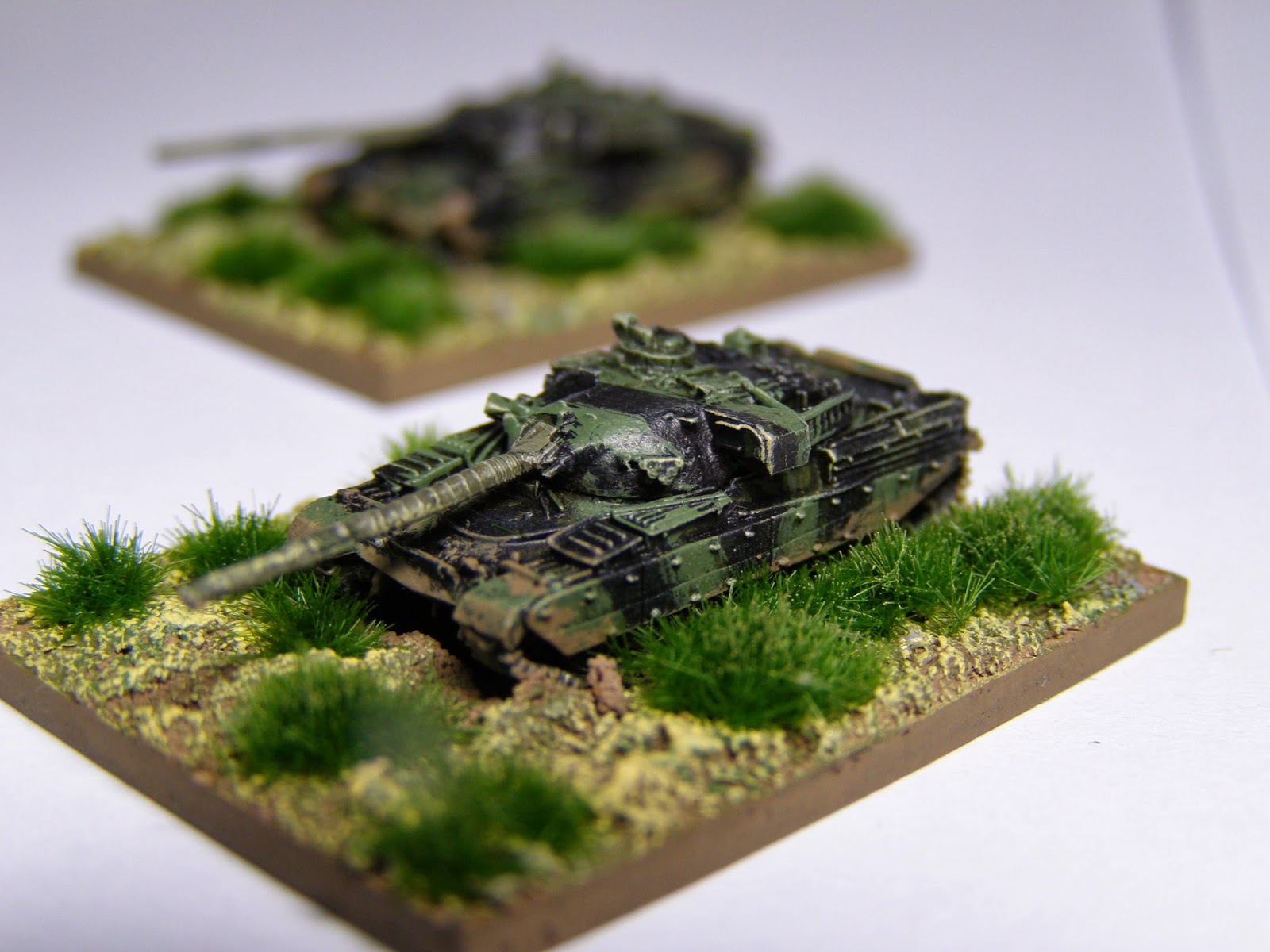 Work still slowly progresses with my 1/285 GHQ armies.  I have started on the British Army of the Rhine.  The idea being that I will have two small armies of less than a brigade strength each side, to play test the rules (Modern Spearhead). 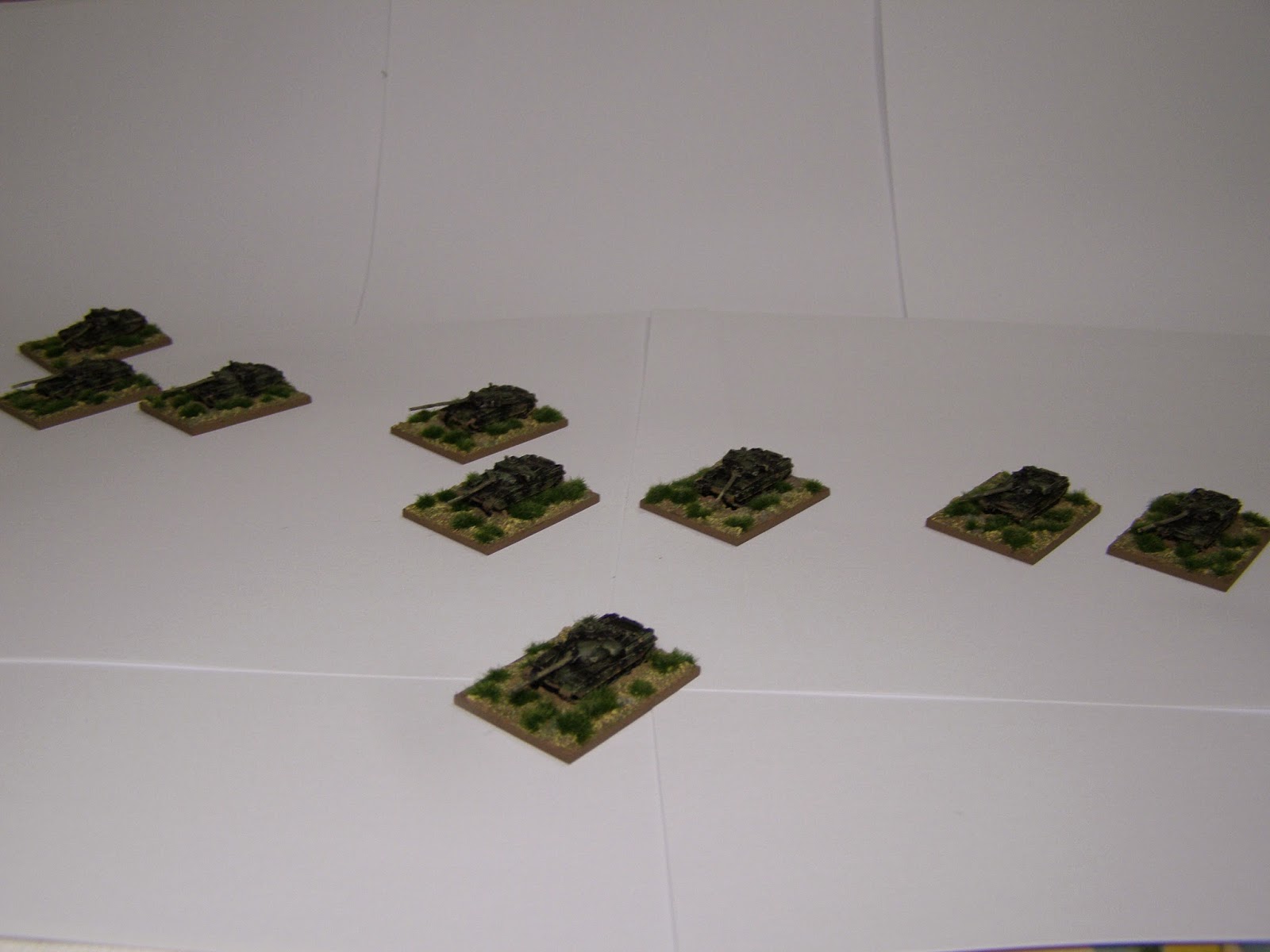 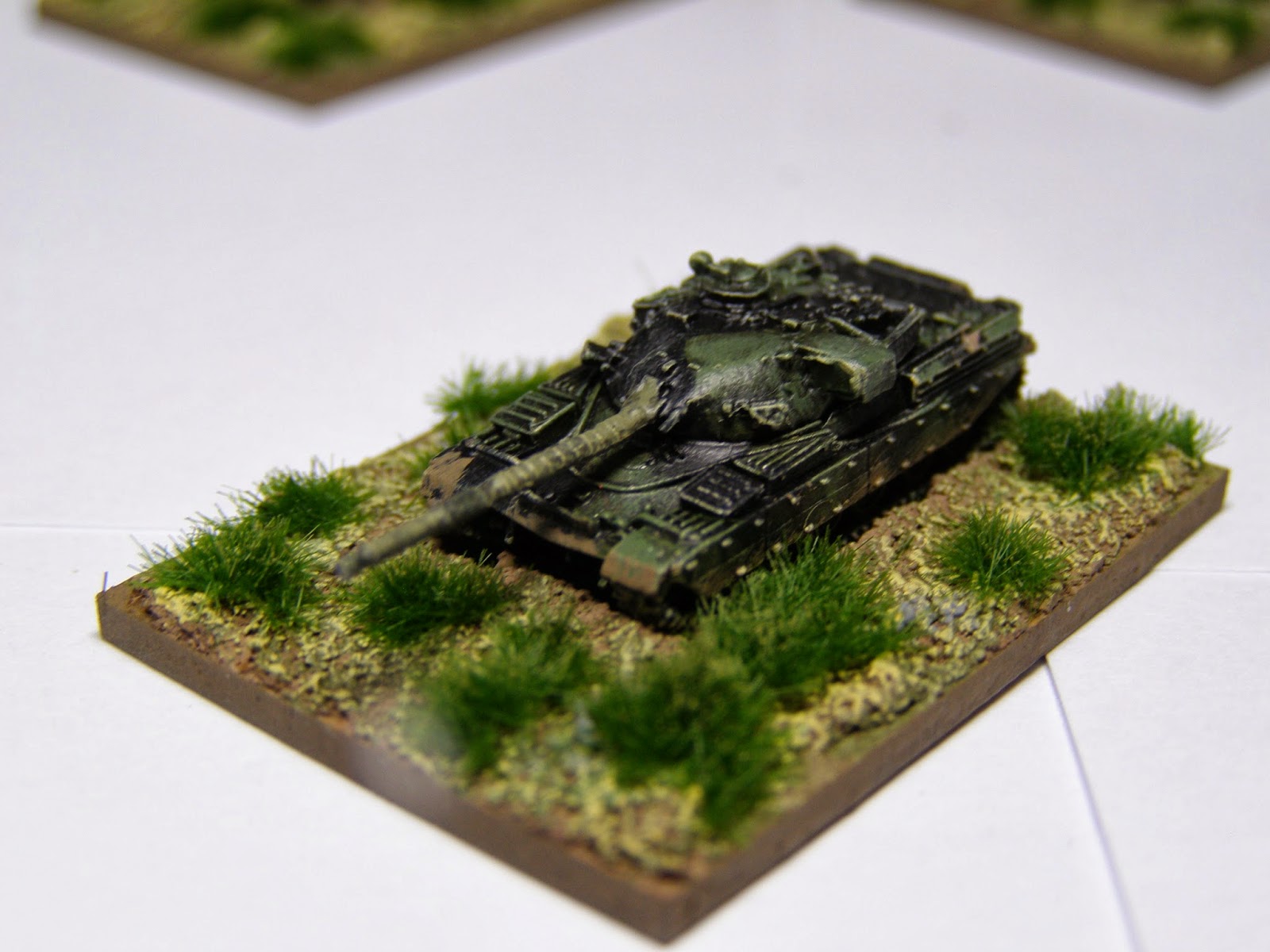 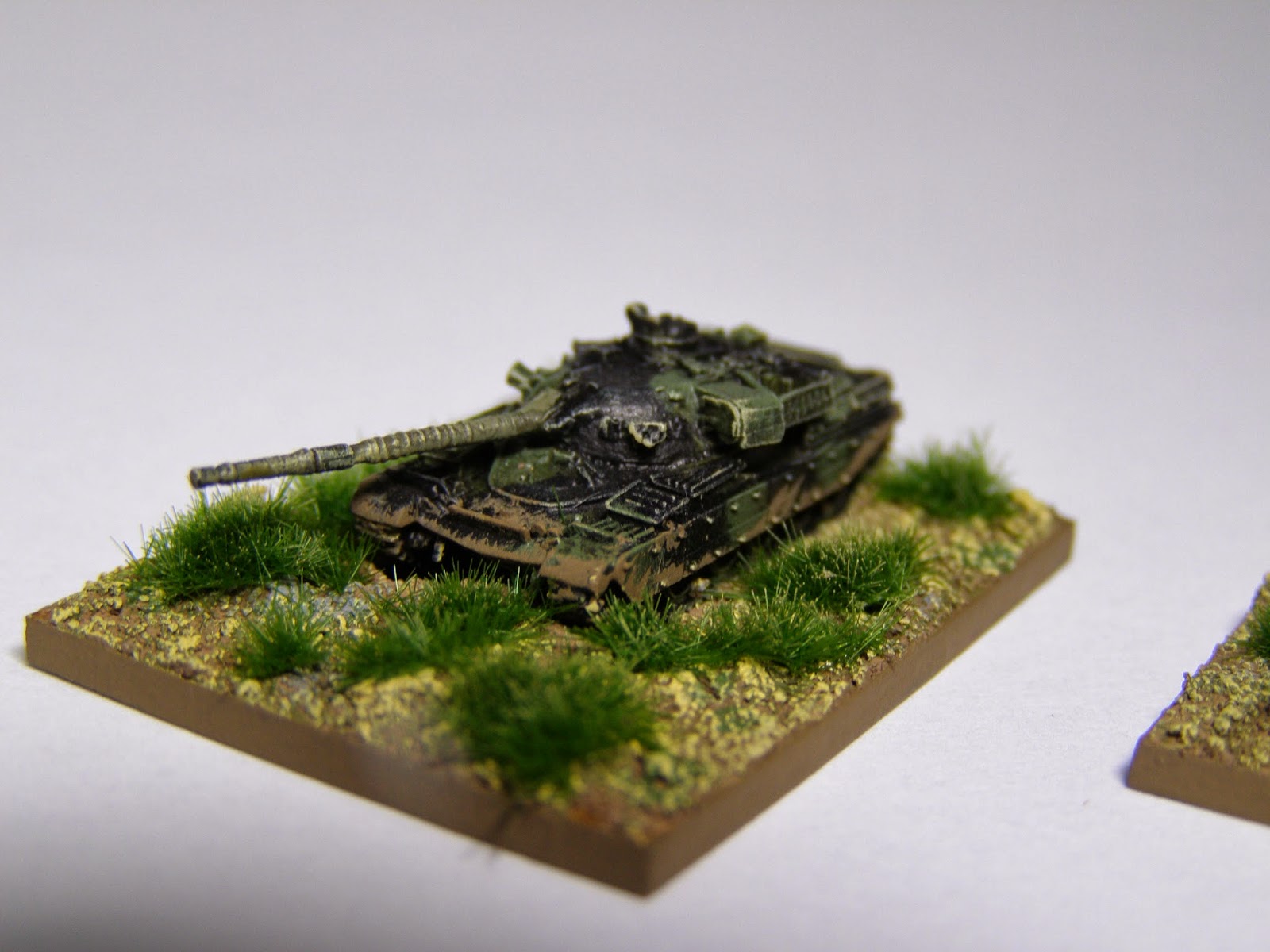 I have completed 2 x Squadrons of Chieftains with an HQ Troop.  If the playtesting goes well then two more Squadrons will shortly be added to bring them up to armoured regiment strength.

In addition to the Chieftains, I have also completed a number of FV-432's for the mechanised infantry. Magister Militum are awaiting a delivery of some more which they will forward on to me.  I have painted what I have and hopefully this will suffice for a playtest game.  Two of the FV-432's are the variant with the 81mm mortar in the rear for the Support Company. 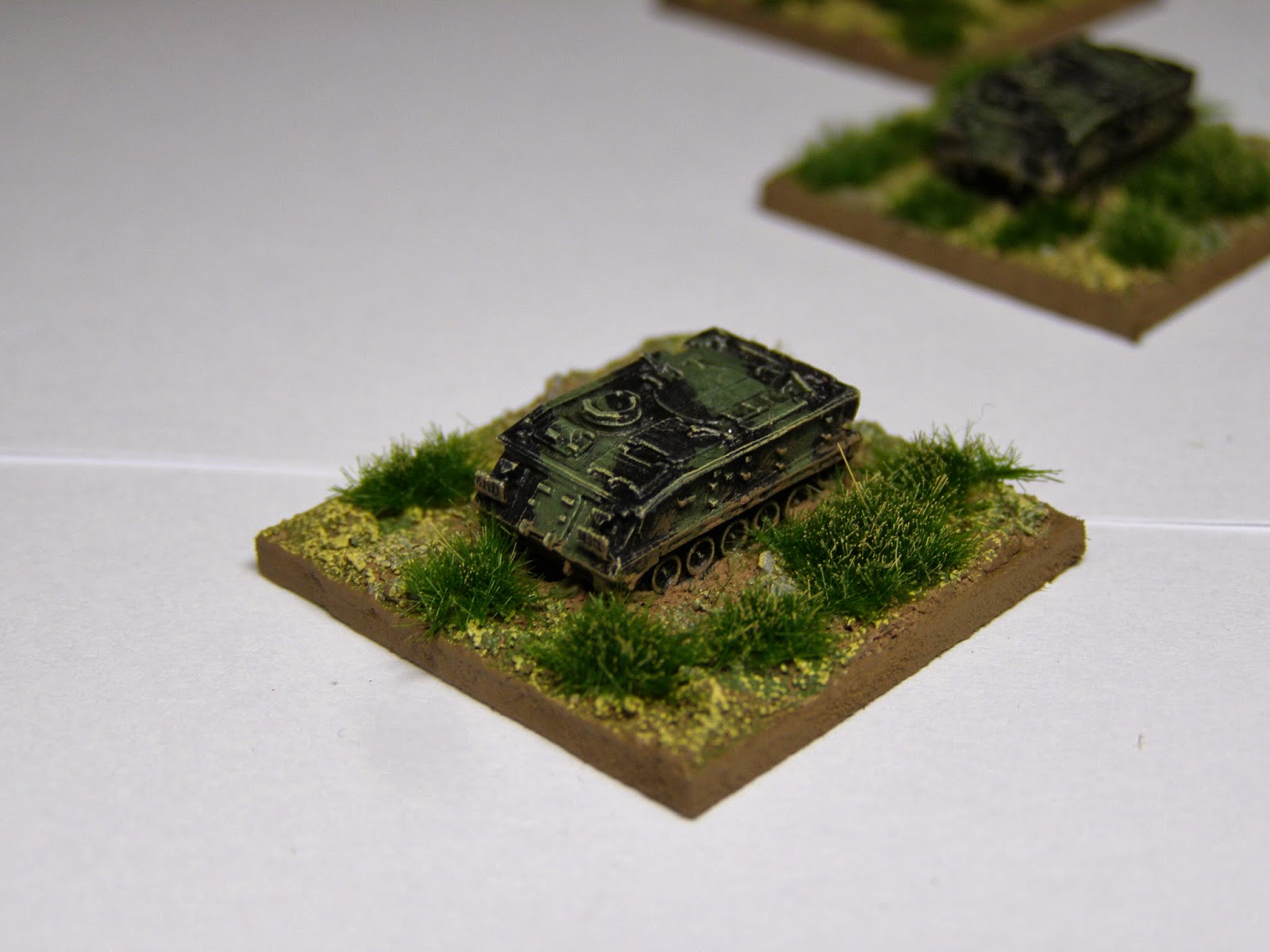 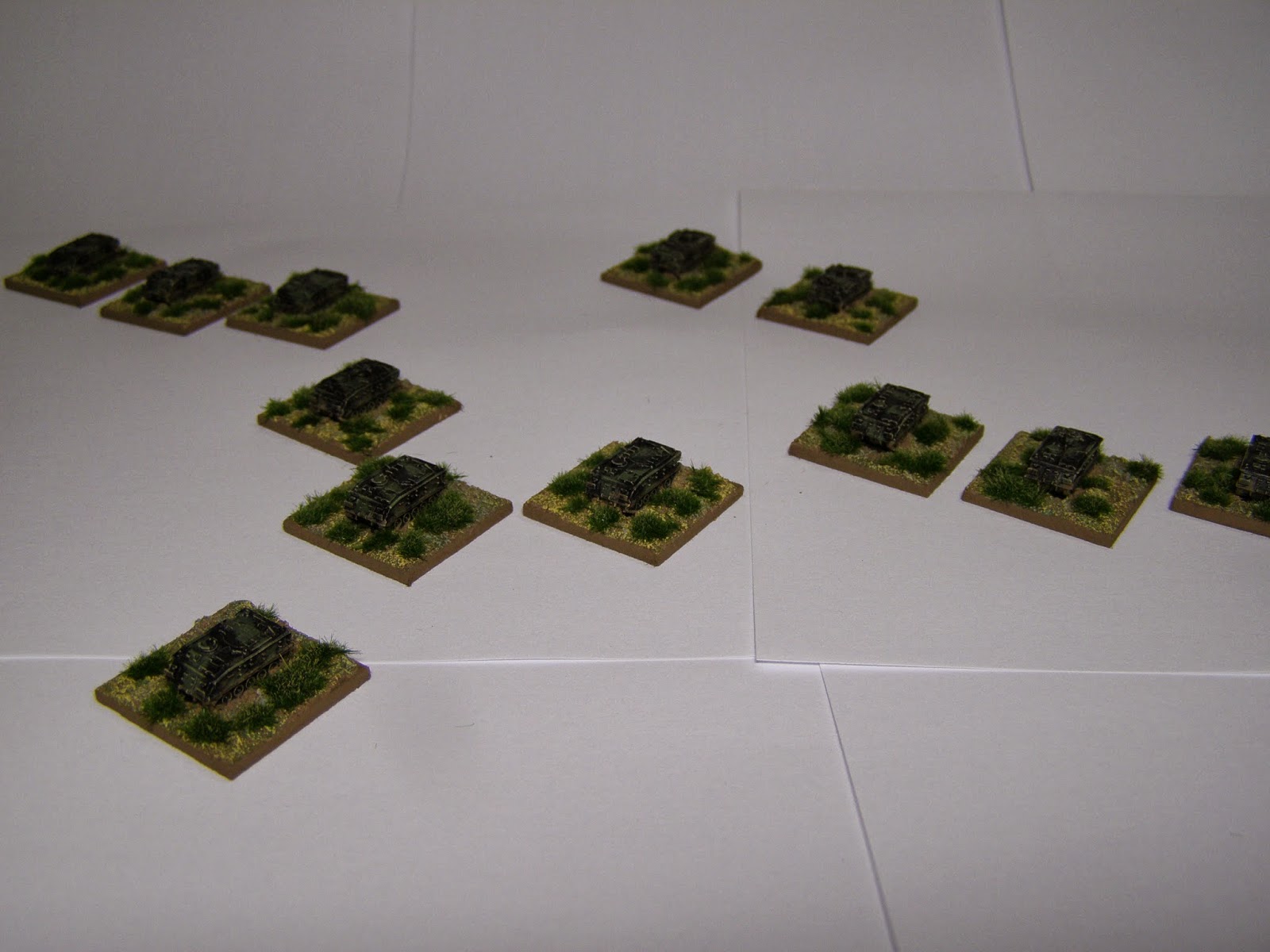 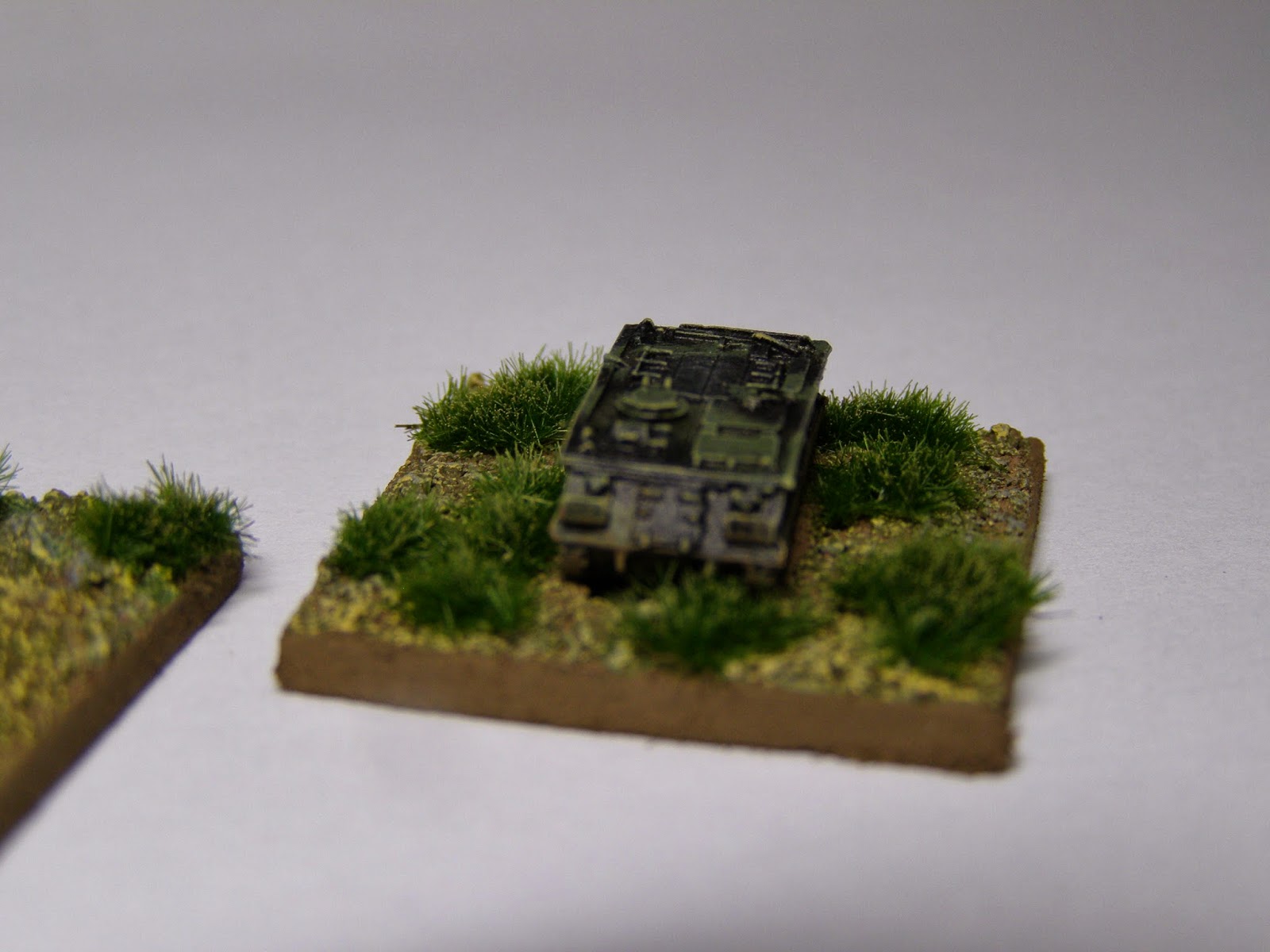 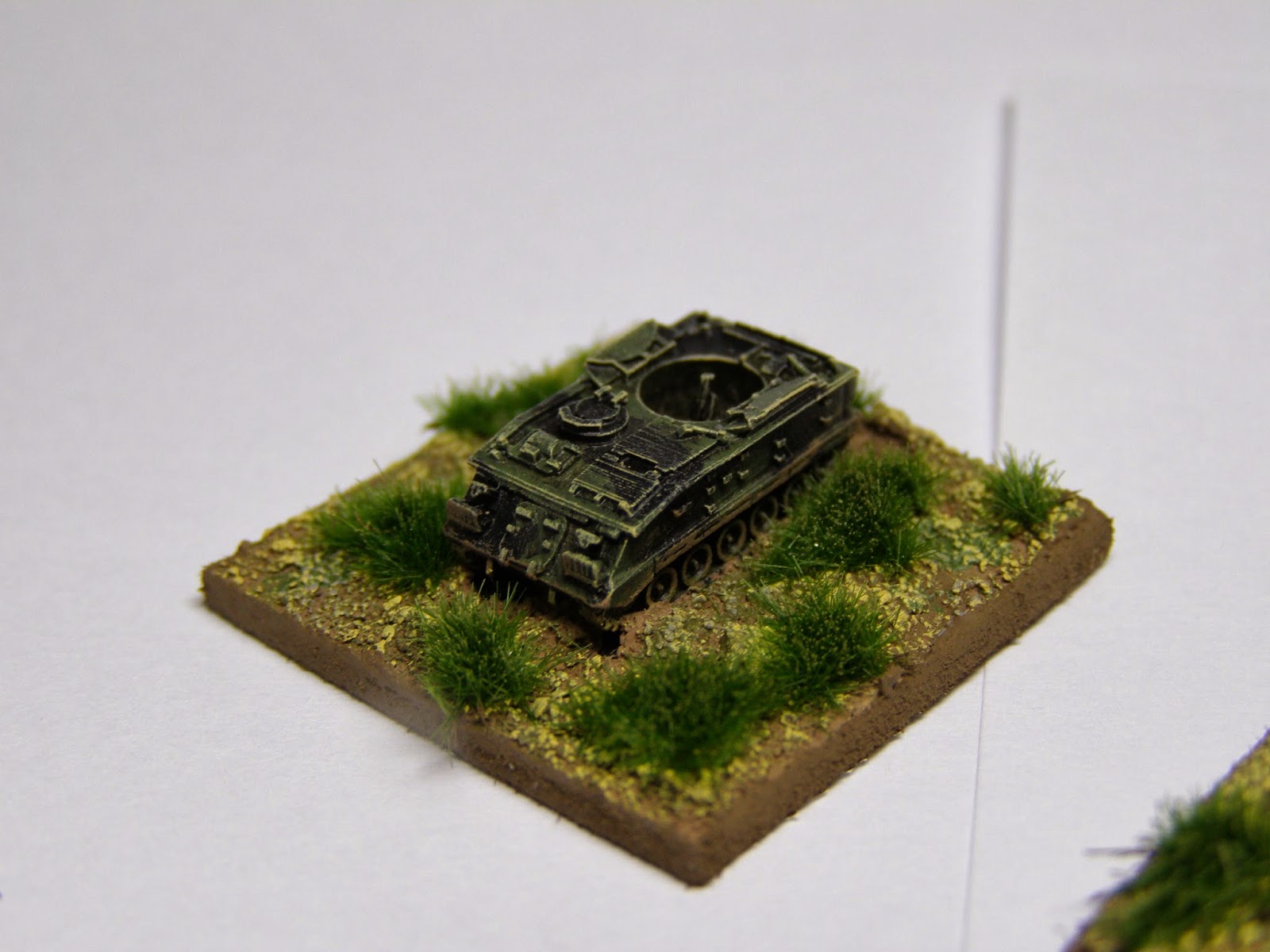 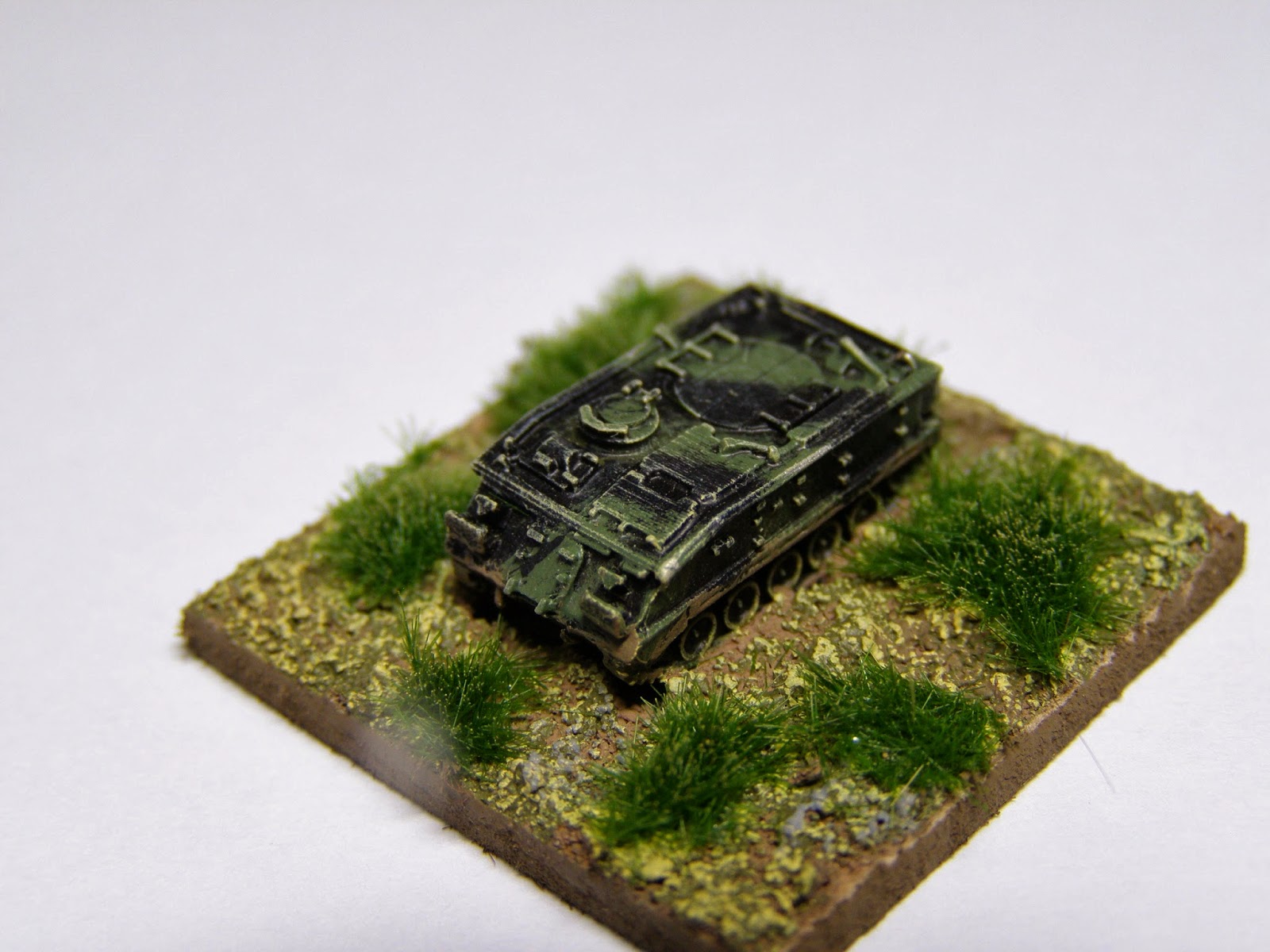 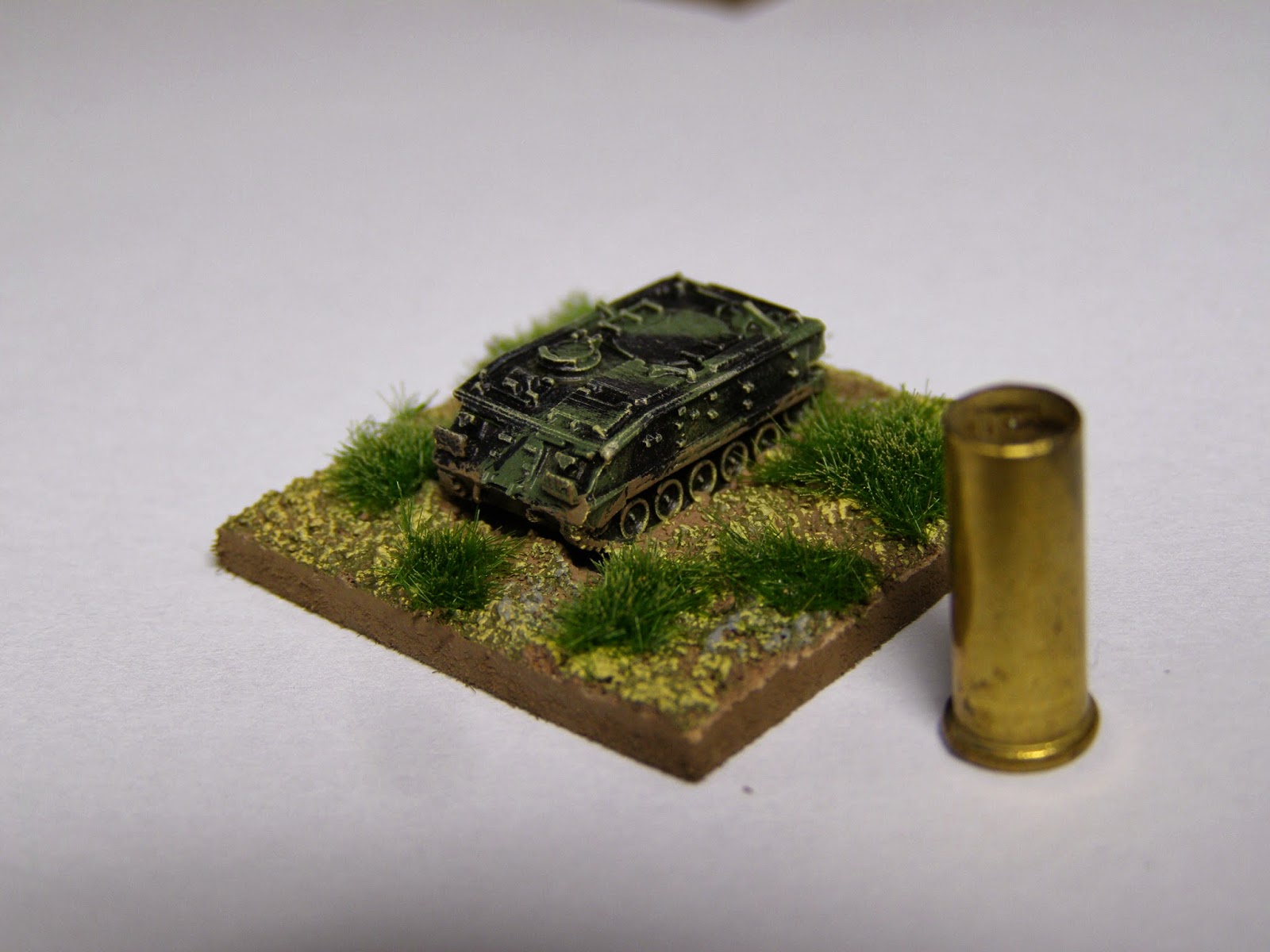 I have some other units currently in progress.  I have a BAOR British Infantry Battalion at the basing stage and an RAF Tornado and Soviet SU25-FROGFOOT in the painting stages.

I will be very interested to see how the rules playtesting goes.  It is something I have been looking forward to for months.  If the rules are good, this will assist the painting process no end.  I always find that successful rules testing inspires a painting overdrive.  I am longing to get back to 28mm figures though, and the thought of painting the new 28mm British Infantry from Warlord Games isn't far from my mind!  However,  real life is particularly busy at the moment, so whatever I do next - playtesting or painting - neither had better be too time consuming!
Posted by Jason at 23:58 6 comments: