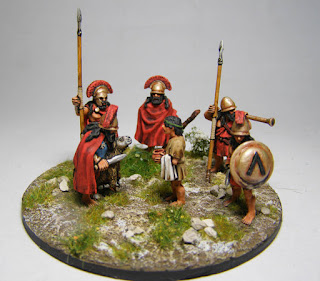 This was a delight to paint up. This vignette is from the Wargames Foundry Spartan Officers set, with one figure from one of their command sets. 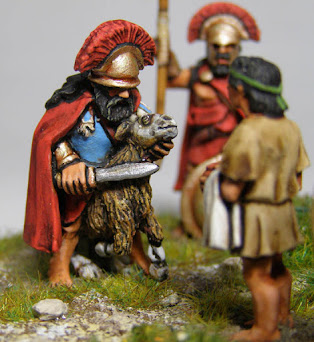 I have never painted up an animal sacrifice scene before so this was something new for me!   According to the Osprey books that I used as reference material, the Spartans placed great importance on the pre-battle sacrifice.  One of the Osprey books has a wonderful illustration of such a scene going on  with a  storm of arrows landing around them! 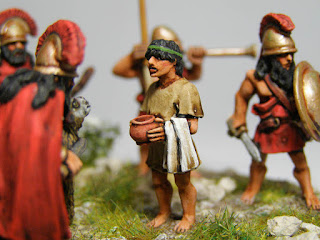 Given the importance of the scene, I decided that this had to be Senior Command stand and they had to be fully engaged in watching the outcome - no matter what else is happening on the battlefield! 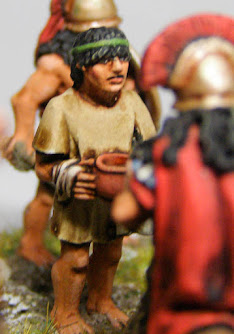 The drably dressed Helot slave boy provided a nice contrast to the powerful figures in the scene. 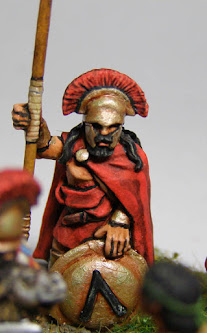 The  relative simplicity of the Spartan clothing and equipment meant that I could invest a little extra time in texture, highlighting and lowlighting. 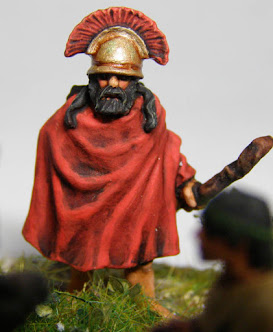 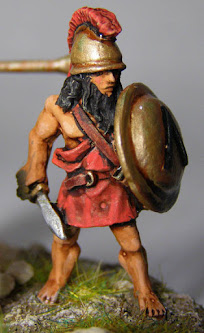 The officer above is clearly a little more concerned about something and with sword drawn and shield ready, he is prepared to defend the ceremony attendees - perhaps he has seen the Athenian light troops drawing nearer and preparing their bows and slings.

I used the Victrix dory/dorata instead of the Foundry supplied wire spears.  The two were a world apart in detail and for a vignette like this I really wanted the best for the figures. 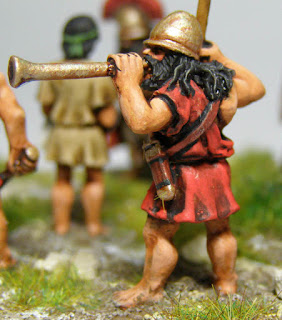 A few more photos of the whole composition are below.  I often see command stands as a necessary evil.  I always like to use commanders in games with command and communication taking central importance.  However, I'm always short of troops and I normally find that I would rather be painting lots of troops instead of a few commanders (who need extra time investment in details).
These Spartan's were a lot of fun to paint and to experiment with the composition and I didn't regret the time spent on these one bit. 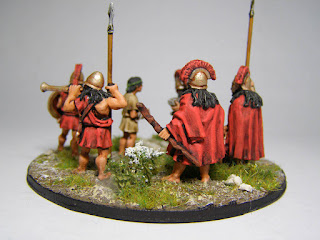 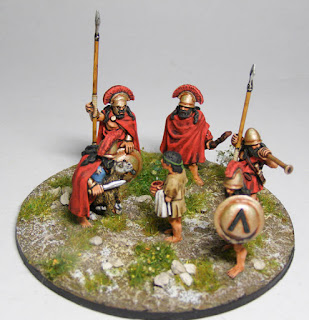 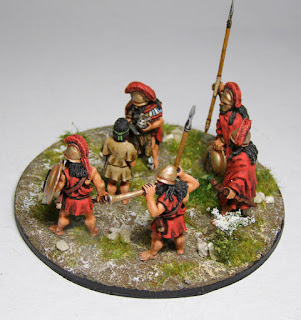 Stay tuned for the next instalment!  I'm working on several things at once and I've no idea which to post up next!