It's American War of Independence time again.  I really enjoy painting figures in the fine uniforms of this period.  In this instance the uniforms are heavily modified and result in a very purposeful and practical uniform which equipped the 1st Foot Guards ready for the Southern Campaign and Guilford Courthouse 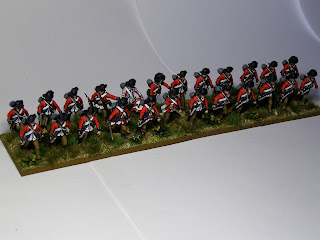 Lord Cornwallis ordered that both of the Guards Battalions wore brown trousers for this campaign which give a nice contrast to the colours I normally use. 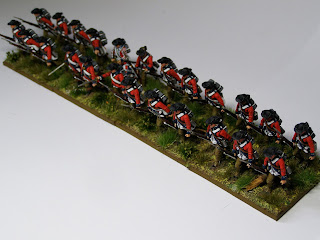 The 1st and 2nd Foot Guards in America were formed of detachments sent from Britain rather than a whole regiment deployment, so the Colours remained behind in Britain. 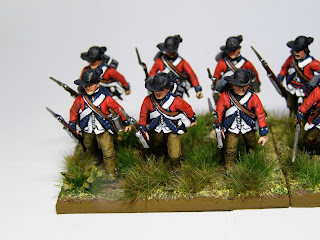 Lace was removed for the campaign and added to the much more practical appearance of the men - far better for woodland fighting too. 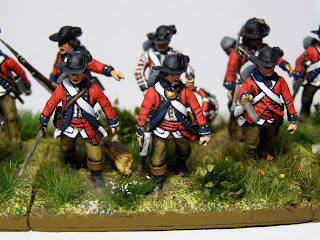 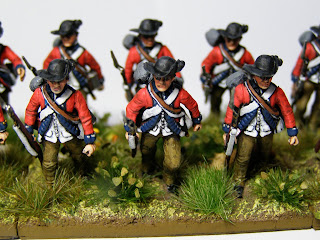 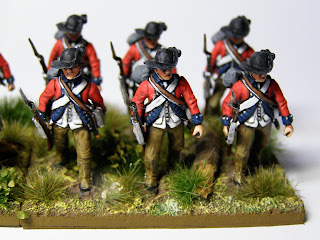 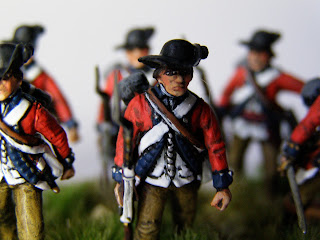 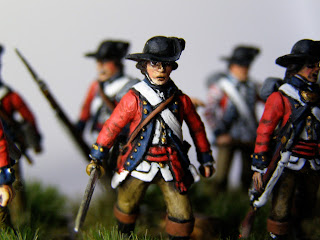 The figures are from the wonderful 28mm AWI British Infantry set in plastic by Perry Miniatures. The options in this box are superb with the different headgear and arms to create two poses.  I opted for this battalion to be advancing carrying muskets at the trail. 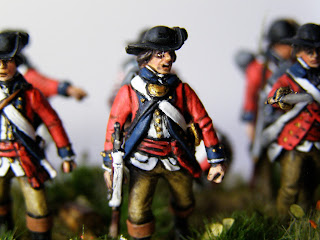 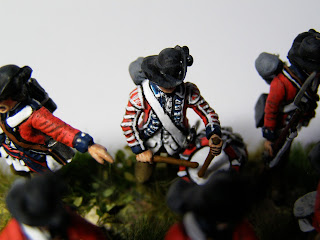 I painted quite happily over the lace on these miniatures, any shape detail of the lace showing on the tunics seems to convince the eye that it was the darker hue of the fabric below the removed lace.

More difficult was the drummer.  The lace on the sleeves is well pronounced on this figure and I really didn't want to carve the lace off and make a mess of it.    I also thought that the sheer cost of drummers coats would make the Colonel blanche at the thought of hacking them about.  Surely it would be beneficial in action if the drummer was identifiable to the commanders too?  These reasons were sufficient for me to retain the lace just for the drummer...I hope I don't know come across a primary source saying that their lace was removed too! 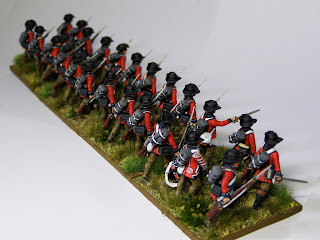 I hoped to paint another AWI battalion straight after this one, but I do find that I'm wiped out after the amount of detail that I like to put into these and then I need a change. Something completely different (or at least later in date!) is up for posting as soon as I finish them!
Posted by Jason at 23:14 8 comments: