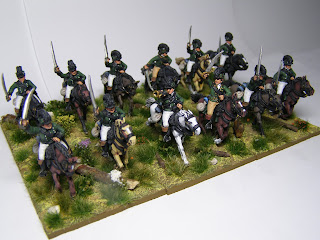 My American War of Independence collection now has its first cavalry unit added to it.  Of course it had to be the famed British Legion led by the legendary Banastre Tarleton.  I need not add too much history here, other than to say that a wiki search on his name brings up a good summary. 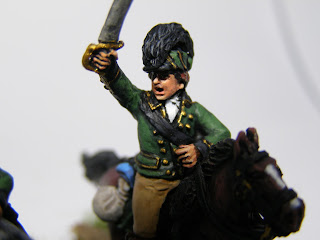 I used a number of sources for the uniforms.  Of particular use was the famous portrait of Tarleton by Sir Joshua Reynolds seen below. 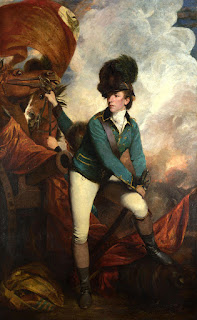 Eye witness descriptions of the uniforms from contemporary sources also took away much guesswork though there was, as so often, small details that I had to make a best guess at. 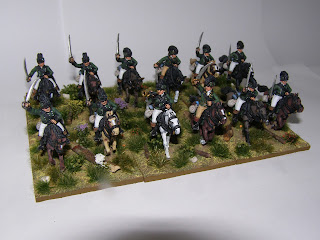 I don't need to mention to my esteemed blog followers that I did NOT use the later cinematic sources by the infamous Anglophobe Mad Mel! 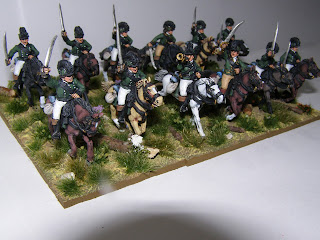 The figures are from the Perry's range.  I do love this range though there was a little more flash than usual obscuring detail which needed some considerable blade work to make good in some particularly awkward places. 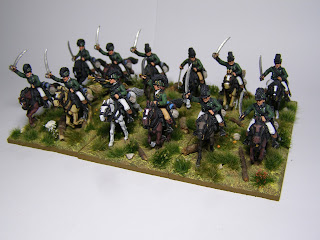 Paints used were mostly from the Foundry Triad range for the uniforms, though a lot of Vallejo was used throughout.  I was unhappy with my first choice of Chasseur Green so I found that mixing it 50/50 with Dragoon green really brought it to life and much closer to what felt and looked right. 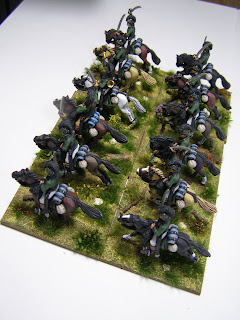 I always like the look of cavalry units when they are finished.  I must admit that horses are not my favourite thing to paint. It's the uniforms which are my primary interest and I struggle to enjoy panting large expanses of black, duns and bays (not to mention whites!).  Persistence and technique eventually pulled through and I am really pleased with them.  Another 4 weeks of evenings and weekends well used I think! 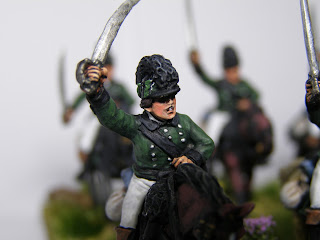 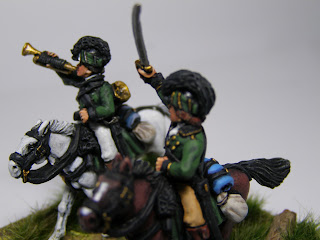 I really look forward to using these chaps in action soon.  There were barely started when I played my last AWI game with Ian a few weeks ago unfortunately.  The game was still a superb battle and the sight of the lines of redcoats, militia and continentals was so impressive.  I will have to do more post-game write-ups but battle reports are so time consuming! 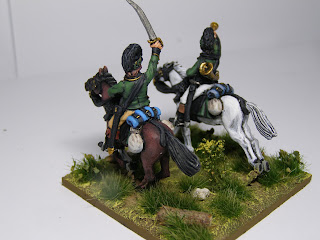 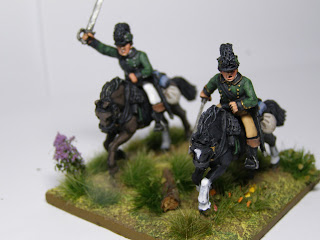 I have to say that I'm not sure what to paint next.  I have spent the last few days just doing basing work - a welcome relief after so much painting.  I have focussed on AWI for what must be 6 months at least.  I now have a playable British Army to go with my Americans at long last.  I'm looking forward to finding out myself as to what I choose to paint next! 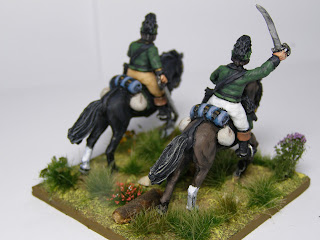 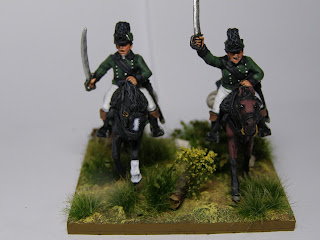 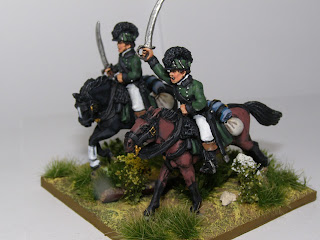 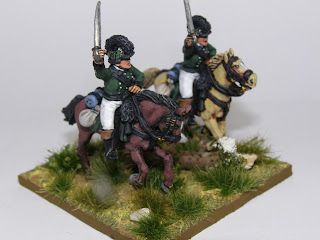 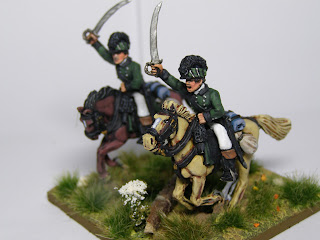 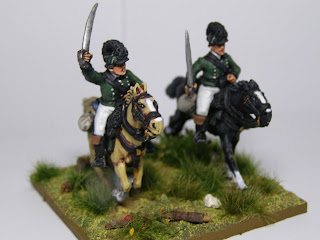 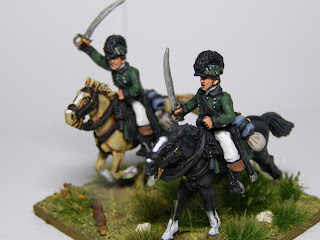 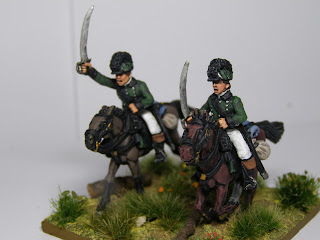 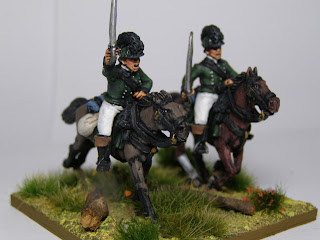 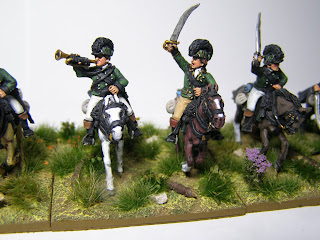