At last!  Some time to do a blog post.  I had been quite pleased to get three posts done in April, but May was less good for my blogging!  I have done some painting though and I am pleased to have got several units painted up over the last couple of months. 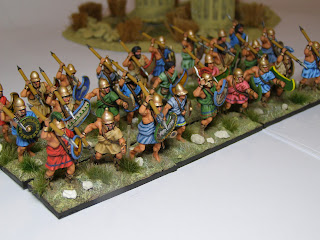 These are the 28mm Victrix Greek Peltasts from the excellent 'Greek Peltasts, Javelinmen and Slingers' box. They really are great figures and I thoroughly enjoyed building and painting them all. Paints used were mostly from the Foundry triad range and which I am finding very pleasing to use. 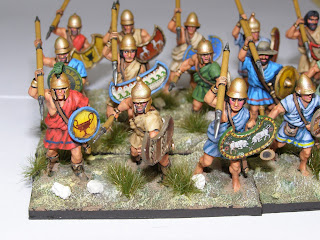 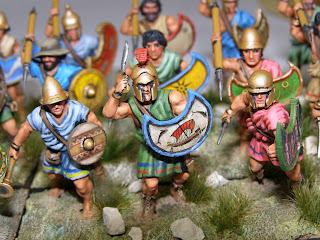 I decided to base my Pelasts in threes so I could disperse them in Open Order should the need arise.  I saved the arms carrying multiple javelins for my Javelinmen (who I will post a pic of at a later date) who will fight in more open skirmish order and are based in two's.  There seemed to be some blurring of roles and kit between the two types of troop from the sources I read, but I now have light infantry and skirmishers so this suits me fine. 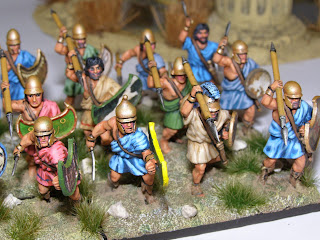 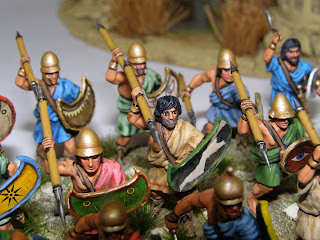 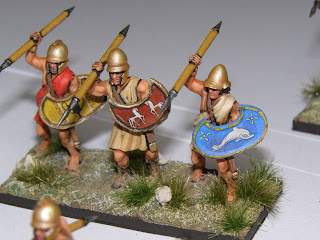 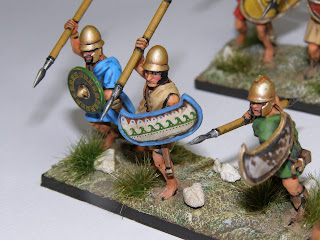 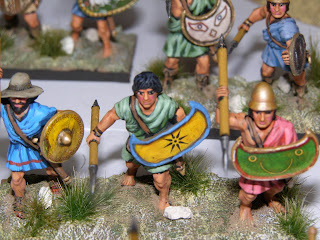 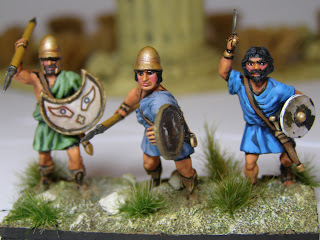 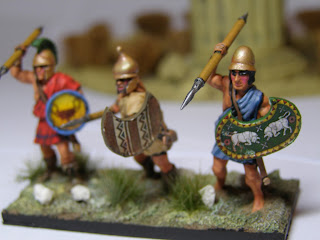 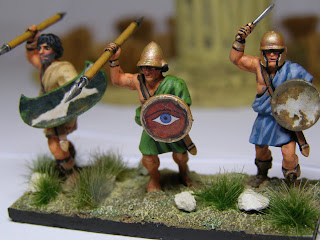 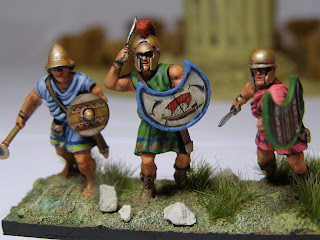 The stand above shows my command group for this unit.  Just small details to differentiate this stand; a trumpeter and a suitably heroic leader with smart shield design, striped tunic and Corinthian style helmet to set them off. 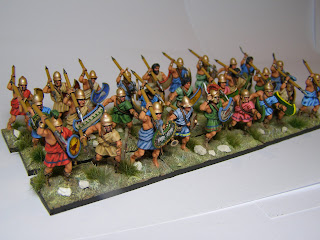 They have seen action twice now, not against another Greek City State but in the Roman Civil Wars between Pompey and Caesar as Greek allies.  With some more painting I may yet get a Greek Army painted up...alas I'm currently in 17th Century mode with a strange pull towards painting Napoleonics...no idea what is causing this other than a certain anniversary!
Posted by Jason at 22:02 14 comments: