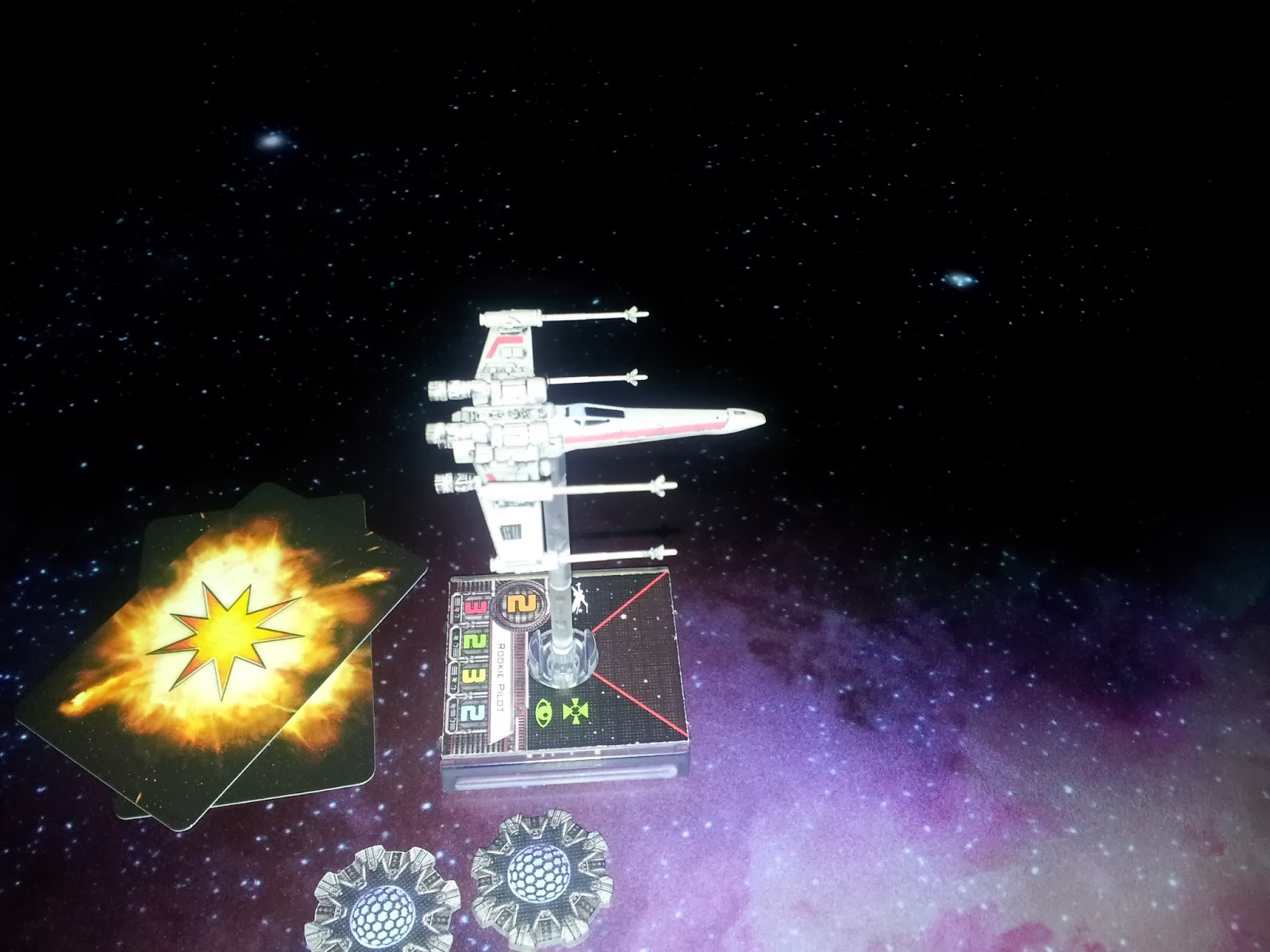 This is something a little unusual for me - no historical figurines that I've spent weeks painting up!

My main Christmas present this year was the Star Wars X-Wing game.   I have always had a liking for the film Star Wars.  As a small child I made Tie Fighters from yoghurt pots and cardboard, and had them doing battle (probably by throwing stuff at them) with X-Wing fighters made out of shoe boxes and wonky cardboard wings.

Back in the present day, after having read so many blogs where the players obviously loved the X-Wing game, I decided to go for it.  It is quite a departure for me - No lines of scarlet clad infantry or blocks of medieval retinues standing beneath colourful banners.  This little project had the advantage of pre-painted models, so no distractions from the lead pile painting - it looked like I could be onto a winner.

I'm very pleased to report that I absolutely love it. What a superb game it is.  I won't go into all the rule mechanics but I will say that I was struck by the simplicity of the rules, and how it all flowed.  Someone has clearly worked very hard to design a game that is playable and an awful lot of fun.  It comes with a 'lite' version of the rules and the main rules. There isn't a huge amount of difference between the two so after a few lite games one can just switch with ease to playing the slightly more detailed version. 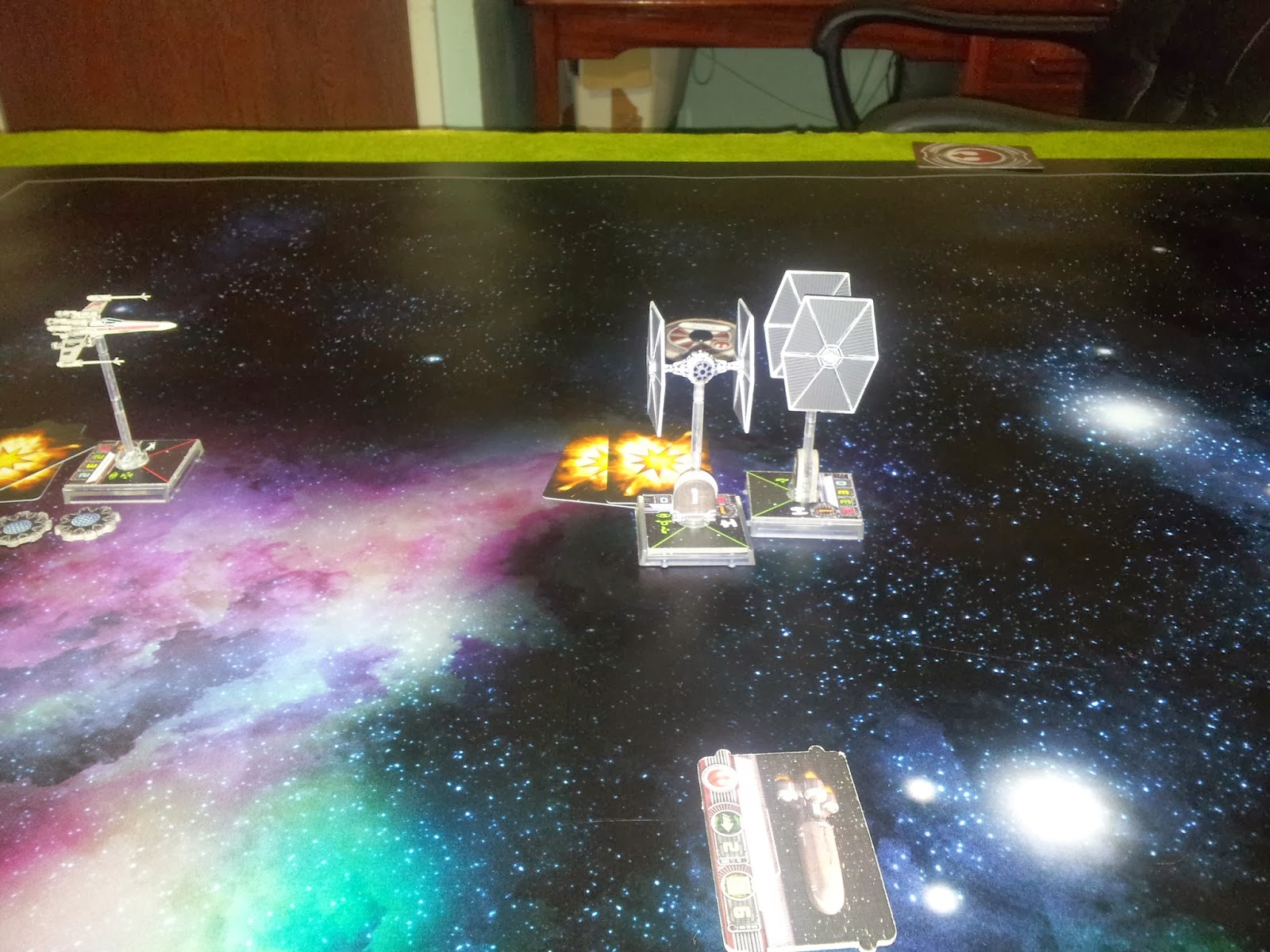 My regular opponent Ian visited at the weekend.  The plan was to play a game of X-Wing first so I could demonstrate it to Ian (not having played or seen it before) and then after that half hour we would play a large War of the Roses game with Hail Caesar.    Well, the Star Wars game was so much fun, we played four games of it instead and ran out of time for Hail Caesar! There are three scenarios in the rule book and we played two games of the first scenario and two of the second scenario.  Both were a lot of fun.  The highlight for me was getting my X-wing fighter to pop out behind an asteroid at just the right moment to deliver a close range volley (probably not the correct sci-fi term...I am a historical gamer after all!) into the front of an Imperial Ace pilot's Tie Fighter - delivering 3 hits and causing an instantaneous explosion of Tie Fighter! 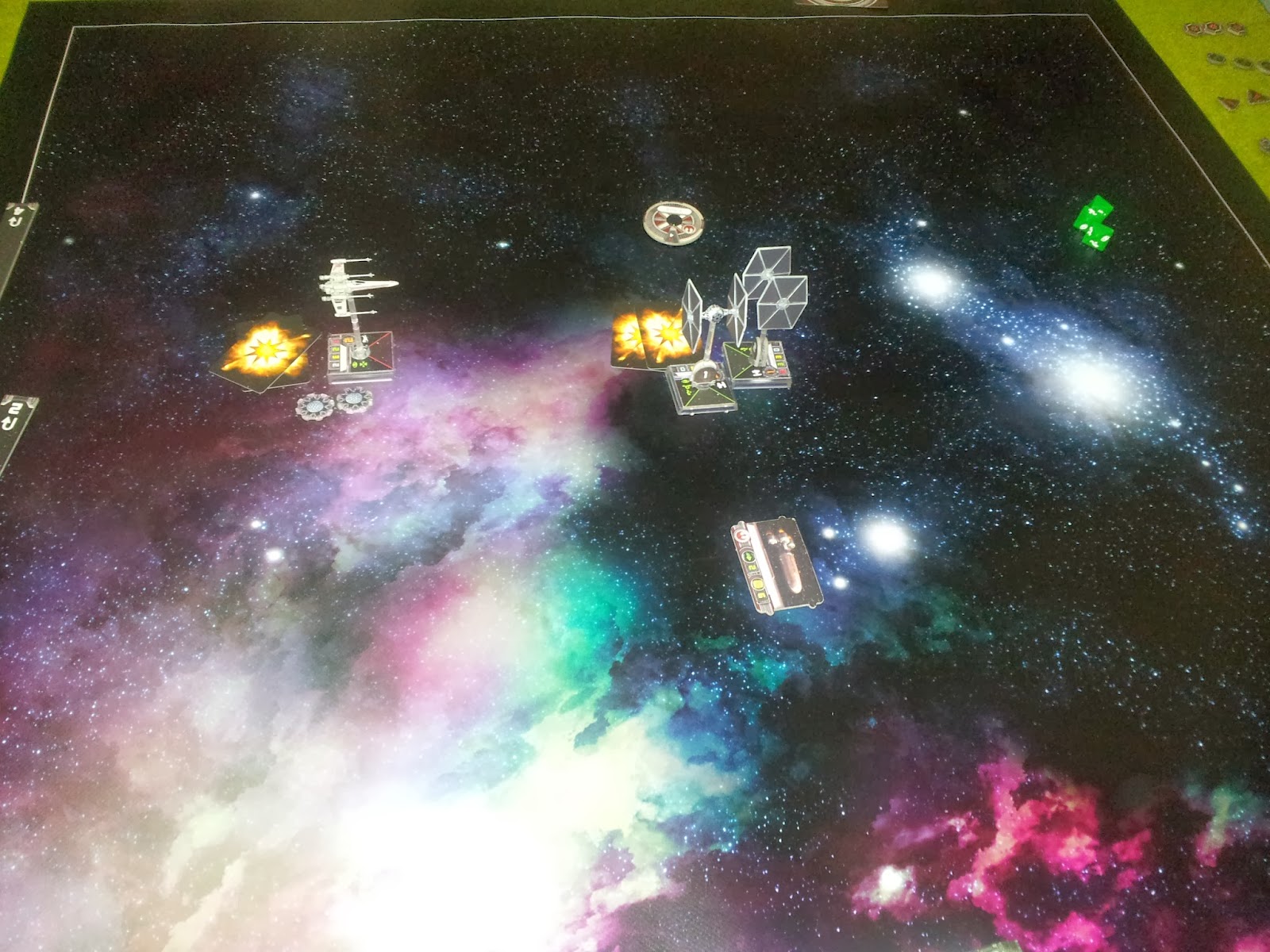 Now of course we are talking of getting double size playing area, several squadrons of fighters each and some larger spacecraft...it's amazing how quickly these things can get out of hand! 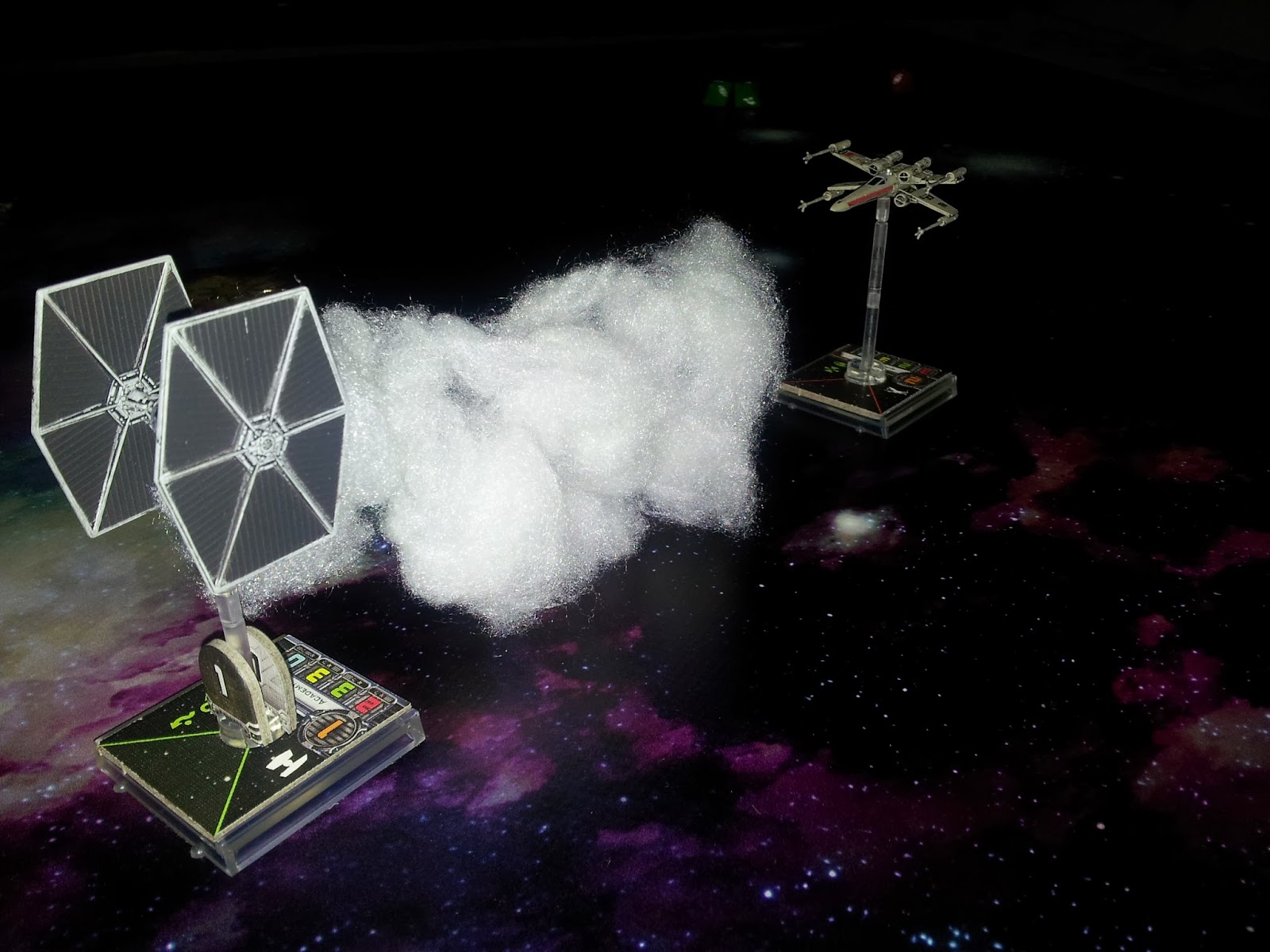 Comedy moment of the evening had to be the above picture. I couldn't resist giving the traditional stream of white smoke from the back of the hit Tie Fighter.  This lead to a discussion on how smoke trails would look in space (if indeed they are possible) and a retro-desire to have done slightly better at physics at school!

I can see X-Wing getting a lot of playing hours in on my board!