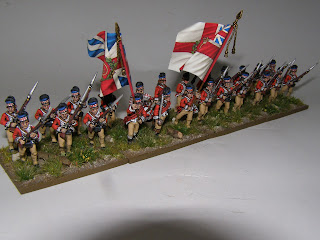 Having spent since March painting 10mm figures, it was a welcome return to come back to painting 28mm figures for one of my favourite wargaming periods. 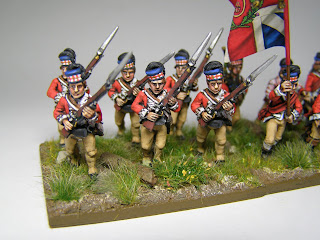 On 4th July, I was very pleased to play my first game for ages as the lockdown rules had relaxed sufficiently on that day to permit this. The significance of the date was not lost on me.  The first game chosen was a hypothetical battle set in the Carolina's in 1781. The rules used were Black Powder as they are the simplest 'go to' set that I have, and never fail to give a brilliant game, particularly for this period.  The 'Rebellion' Book written for the rules by Stephen Jones is (in my opinion) by far the best Warlord Games supplement book. 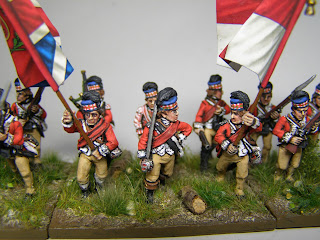 The game was brilliant, even if my Continentals did come off slightly worse. It was still a hard-fought game and it could have gone either way.  Ian managed to achieve a narrow victory and my forces would have retreated at nightfall.  Filled with enthusiasm afterwards I was prompted to put my 10mm troops to the side and paint a unit of  these fine troops from my lead mountain. 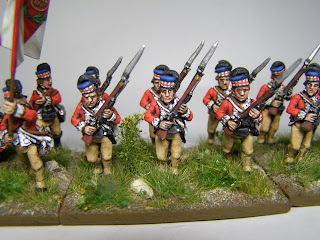 The figures are from Perry Miniatures and are of the 71st Regiment of Foot.  The castings were great to paint up and it constantly amazed me to think that I have had these undercoated ready for painting for about 3 years, but I just needed the enthusiasm kick of another game to spur me into painting. 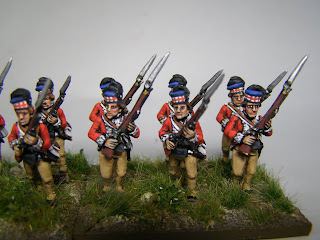 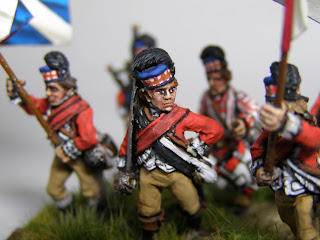 Once I started, I could barely put the paint brushes down.  The Perry's have produced some wonderful characters. This is something that I really missed with painting 10mm figures.  It is just not the same.  It was great just seeing the figures come to life with every painting stage. 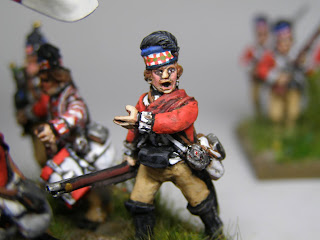 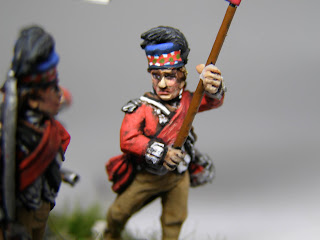 The 71st comprised two Battalions.  The 1st Battalion being lost at the Battle of Cowpens, but the 2nd Battalion continued to gallantly fight at Wetzell's Mill, Guilford Courthouse and Green Spring. 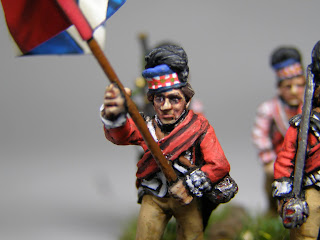 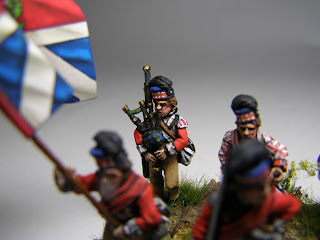 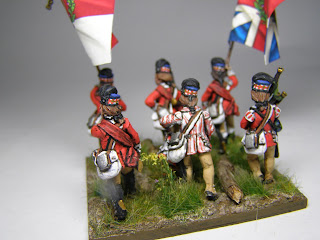 The flags are from the wonderful GMB flags range. 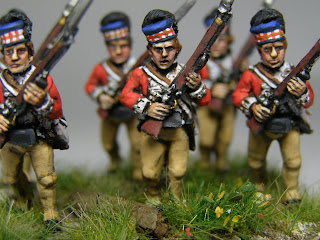 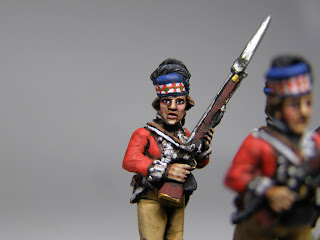 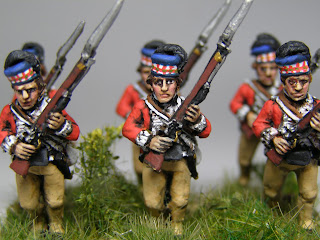 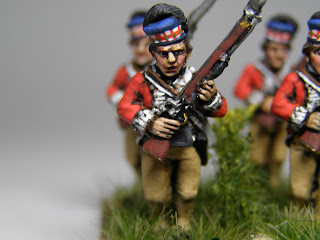 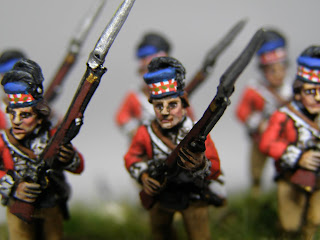 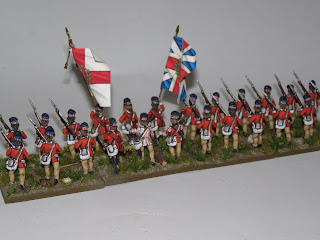 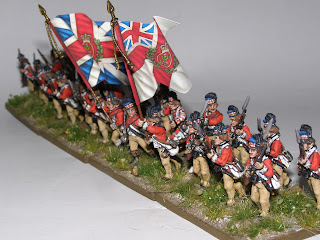 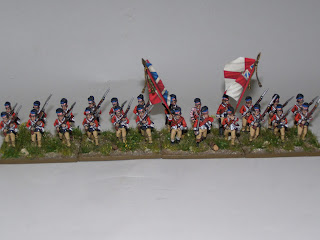 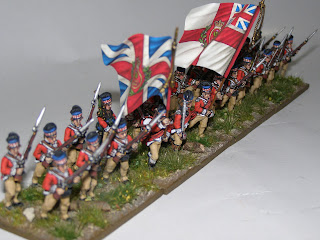 Well there we have it, over 2 and half weeks work with up to 10 hours a day spent on them (and other days a lot less).  So far my AWI British are neck and neck with my 10mm British Jacobite Rebellion Army as being the first 'complete' army planned from the outset for one particular battle or campaign.  Each has about 3 units and some command stands to go...who will be ready first?...Or shall I just paint some tanks instead - it does sound easier!
Posted by Jason at 22:44 24 comments: