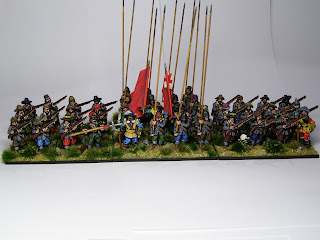 I'm back again! Another absence from blogging. Too much going on but I have managed some painting time even when I have been away.  This post sees my completed unit of Sir John Merrick's Regiment of Foote in all their glory. 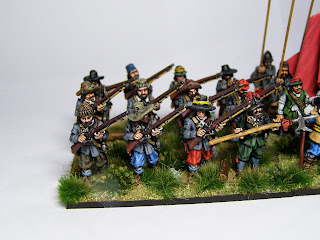 This regiment was raised for Parliament in 1642 and served in various campaigns and garrisons.  In 1643 the regiment served in the west of England.  At least two companies of the regiment joined Waller's forces where it saw a lot of action including the Battle of Lansdown.  It was effectively destroyed at Roundway Down. 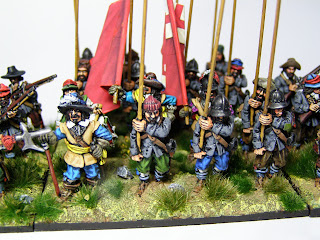 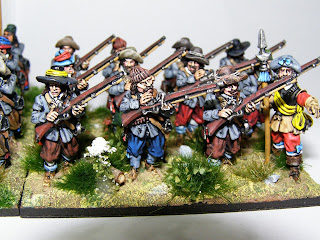 I decided to paint the whole regiment up rather than just a couple of companies.  This gives me the flexibility to use them as other units.  Also two strong companies could be the same strength as a very weak regiment so I saw no point in being too pedantic in the numbers of figures.  Greycoats will be useful in any campaign. 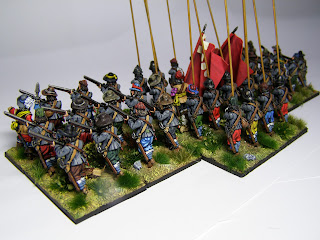 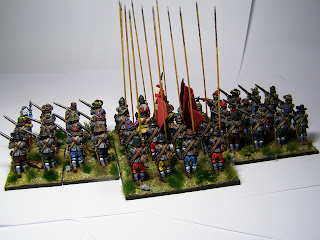 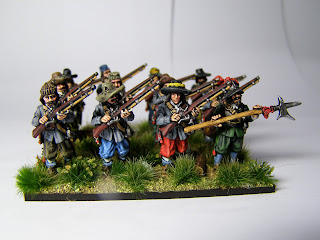 Paints used were my usual mix of Foundry, Vallejo and Citadel (with some Miniature Paint colours used too). 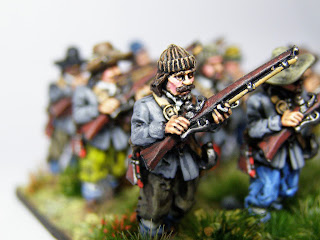 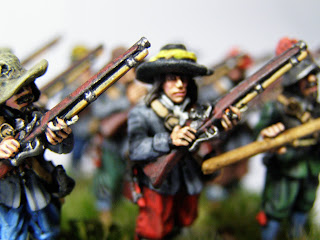 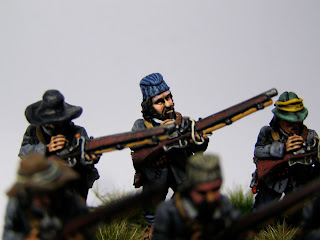 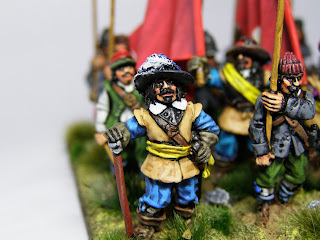 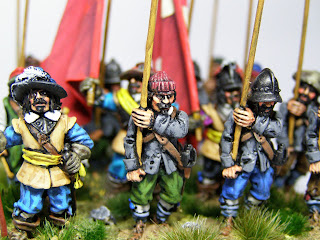 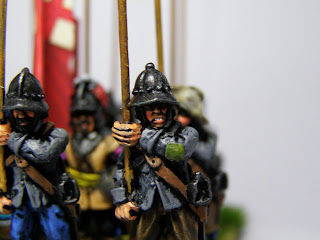 Figures are Bicorne 28mm from their superb English Civil War range.  I love the amount of small detail which makes painting so enjoyable.  The little things like patches on clothing are nice touches.
The flags are by GMB. 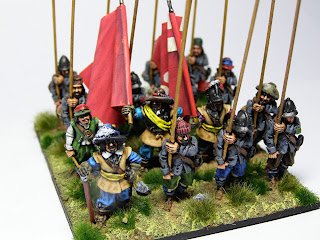 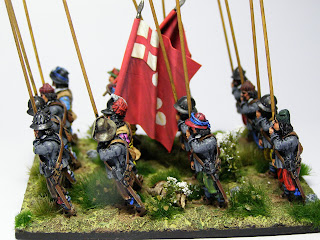 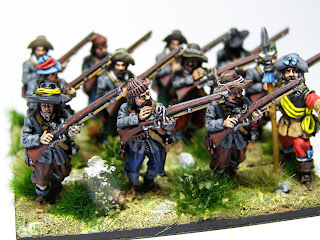 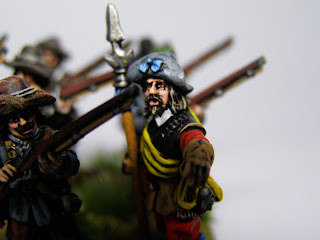 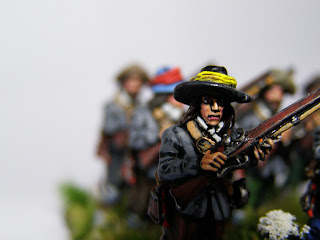 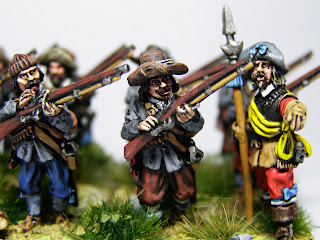 I'm doing my usual thing at the moment of flitting between historical periods. I have designed a set of campaign rules for the Western Campaign in the English Civil War but just about as it's ready for play-testing I then get the American War of Independence bug!   I have nearly finished a unit of Hessians but then I played a game of Ancients at the weekend and I'm desperate to paint Roman's again.  Ah it's all good fun really!