I'm still at it!  I'm keeping the momentum going and painting my WW1 figures while still reading books on the topic, and this is keeping me on track so far. 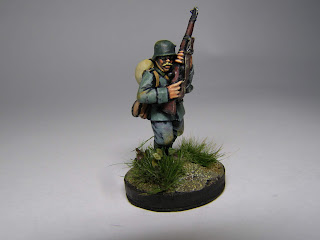 It is helped by having figures that I really enjoy painting.  I don't think there are many WW1 ranges about that can equal the North Star 'Great War Miniatures' troops. I just wish that they did some 1918 French as I can imagine how good they would look. 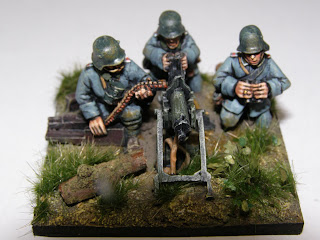 I'm still managing to steer clear of painting Stormtroops though the purchase of the Osprey 'German Stormtrooper' Book 1914-1918 has proved very useful for background knowledge.  I also purchased 'Images of War, the German Army on the Western Front 1917-1918 by David Bilton'  This is really interesting too, with great photos. Though also some really grim photos and one particular rear view pic of four Germans on a log latrine was one that I didn't really need to see! 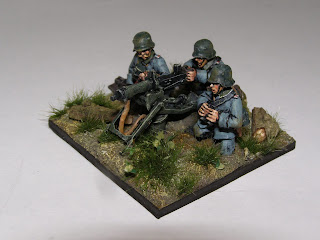 I was struck by one image I found of 1918 Germans on parade. The tunics were of so many different shades that I wondered if I was over-fussing about trying to get the colours right.  I have now tried to subtly show differences in shades with my infantry figures, though oddly, under the daylight lamp and the flash of the camera the shade does appear to have taken a more blue-ish grey hue, not so apparent on the figures away from the camera. 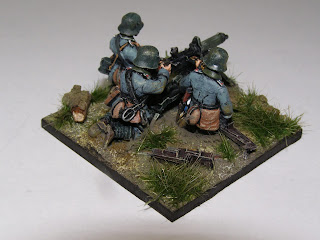 The Maxim gun team is an impressive model when assembled. The detail on the base was amazing as it had spent cartridge cases strewn about.  This did mean that I when I put the basing material on, I had to try to raise the level of the MDF with the metal base and hide the join without covering too many spent cases.  The detail is so great that there was a wedding ring cast on the finger of the NCO observer! 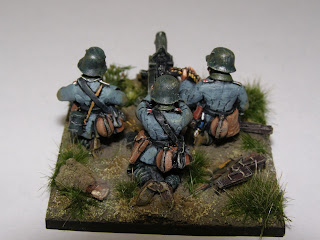 The infantry figures have the mix of the later 'Bluse' tunic and the earlier patterns edged in red, as mentioned in my previous post. 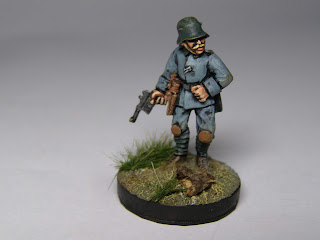 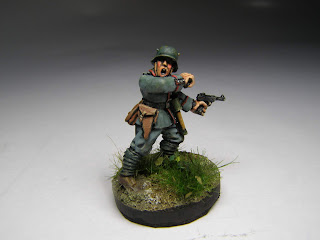 The figures just have so much character! 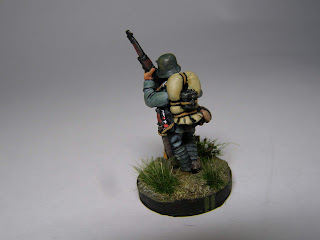 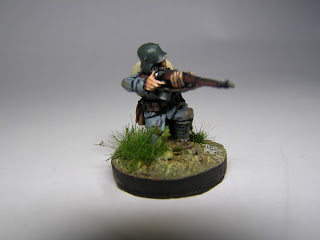 Again, I'm really trying to paint the figures and base them for the war of movement that commenced again in 1918, so a little more green on the bases than just mud, but still sufficient mud should I wish to get them back into trenches.  A little Somme chalk also appears as well as shattered tree branches from the battered 'bois'. 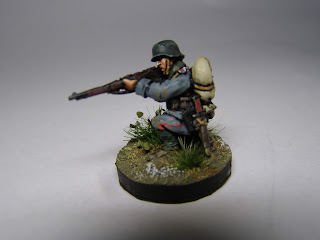 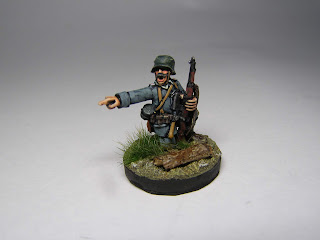 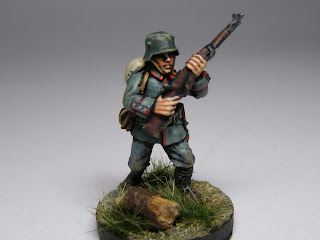 I did see the '1917' movie for inspiration. I imagine that many of you might have seen it by now. I thought it was pretty good. Uniform detail was excellent mostly, other bits a little odd.    Having said that I was very glad to see a historic movie at long last and grateful for the discounted ticket that Ian obtained for me. 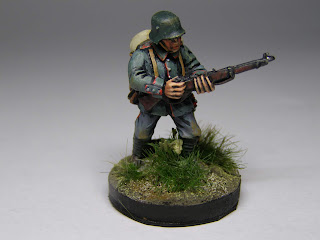 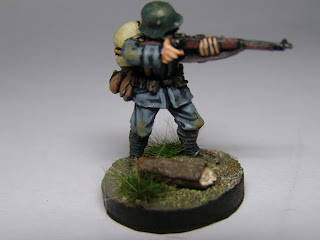 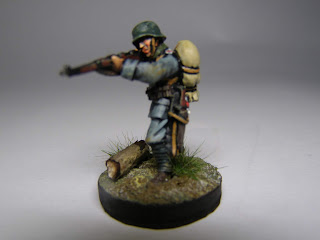 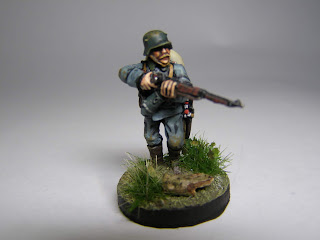 What's to come next...I do have more WW1, though I am also really wanting to do other things too....decisions decisions!
Posted by Jason at 21:01 13 comments: