Back to my favourite period of history this time.  If there are figures that I really enjoy painting, it is the English Civil War range by Bicorne Miniatures.

I bought a lot of these when they were first produced and each time I see the Bicorne stand at a show, I saunter over to take a look at the figures.  I nearly did this again at Attack at Devizes in July, but thankfully before leaving I  had got my lead box out of the loft to find around £500 worth of unpainted figures still stored.  I decided against buying any more...yet! 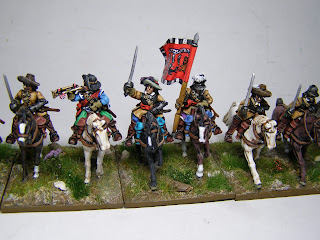 I have had two terrific games with Ian in the last two months.  The Battle of Babylon Hill of 1642 and the Battle of Chalgrove Field of 1643.  Both of these battles are fairly small scale affairs and ideally suited for 28mm on an 8 x 4 foot table.  Both games were superb with so many things happening as occurred at the actual battles.  If I can find the time to to do full write-ups of these then I shall do so. 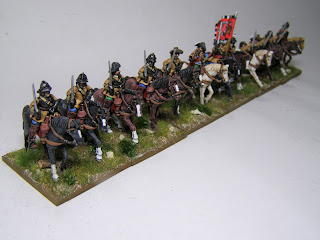 As I work through the excellent Scenario books published by Caliver Books, I realised that I needed some more cavalry for both sides.  Therefore I was very pleased to put brush to figure to produce another regiment of horse.. 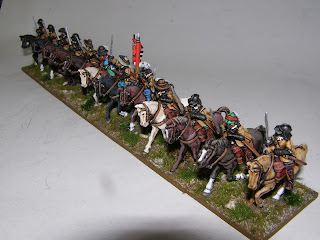 I wanted to paint up a regiment that had seen a good number of actions, as I like to to try to use the actual regiments as far as possible, for the battles that they were involved in.  Essentially though, only the standard really ties the figures to any particular unit, indeed they could be used for either side as only the command figures wear a 'scarfe' showing their allegiances. 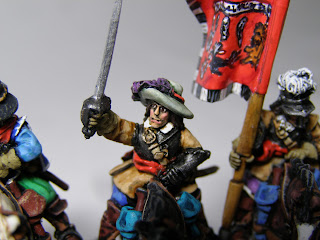 I mainly focus on Waller and Hopton's campaigns in the West. With this in mind I started studying unit histories.  One stood out in particular.
The Earl of Caernarvon's Regiment of Horse had been in the West Country and in the Oxford Army.  As well as being in the West Country, there was a local connection in that they appear to have formed the garrison at Eynsham in West Oxfordshire and were also at the skirmish at Bampton in the Bush.  They would have therefore had ridden on the road going past my house many times (my house not existing at the time though), in their patrolling and marching with the field armies. 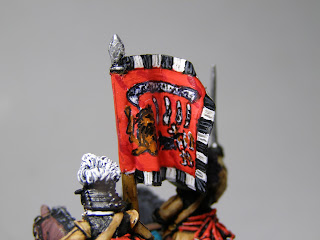 The excellent BCW-Project website provided flag information and more unit history.  The Regiment also served at Southam, Edgehill, Lansdown, Roundway Down, First Newbury and after the death of Caernarvon at Newbury, under their new Colonel,  Richard Neville, they also served at Cheriton, Cropredy Bridge, Lostwithiel, Second Newbury, and Langport among many other actions. 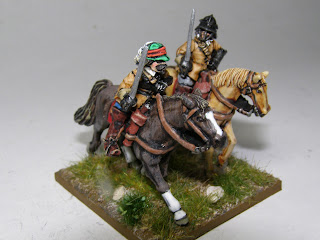 The BCW Project gave details of the flag which enabled me to paint at least one of the Troop standards. 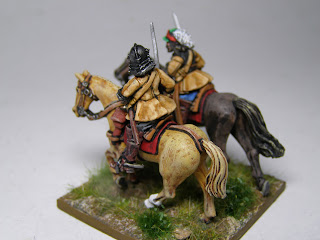 I tried different techniques again to try to give more depth of colour and to try to speed up my painting. 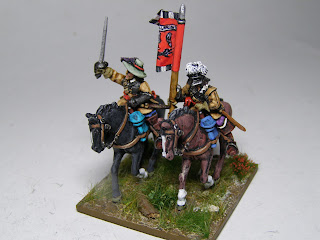 I also glued the rider to the horse before painting.  I think I spent too long previously, painting saddle details that never get seen. 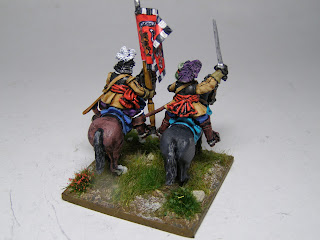 The Bicorne miniatures really are great to paint. The detail stands out crisply. I was able to use washes which fell into folds really well. 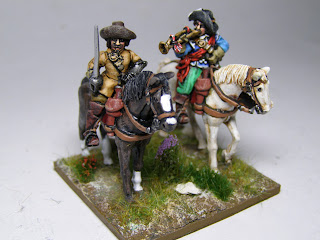 The trumpeter was good fun to paint too. Normally I saw trumpeters as a necessary evil, but this time I just wanted to make a good job on him and make him stand out. More time was spent on lace than I usually do. 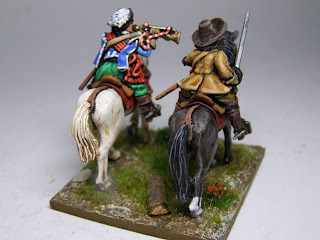 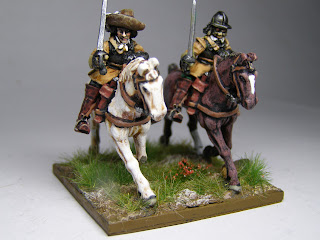 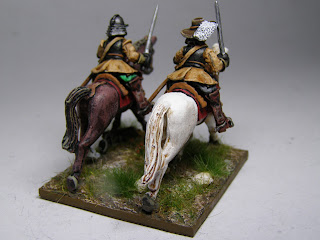 I have to admit that I don't think I spent any less time than I normally spend painting, even with the increased use of washes.  I just enjoyed applying the colours.and trying to make a good job of it all. 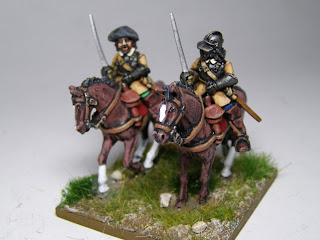 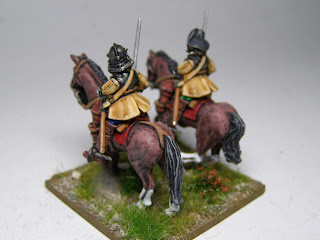 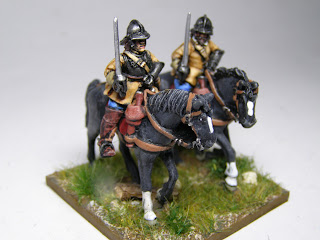 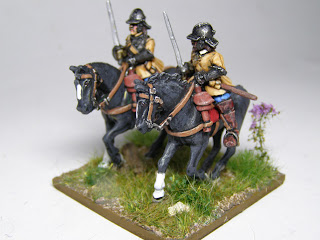 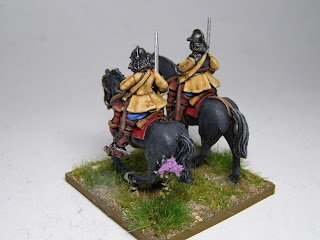 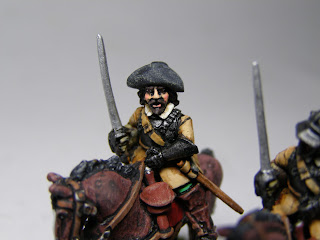 Bicorne figures have really good faces. Lots of detail but without 'silly' faces - no heroic massive chins or gurning expressions. These are all quite believable characters. 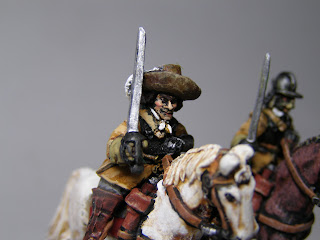 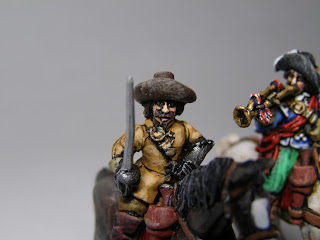 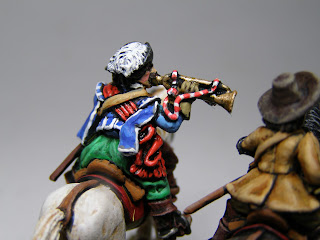 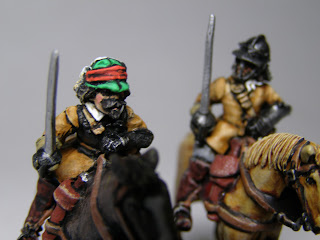 These took about 3 weeks of evening and some weekend days.  I suspect that they are going to see a lot of action.  Now I have painted these up I feel like doing more, maybe for Parliament...but again, we will see. So many projects to do!