Only two more buildings to go, so I thought I would include these so they were not left out.  These are great as they are livestock buildings, so a little different to the dwellings that I have painted and posted previously. 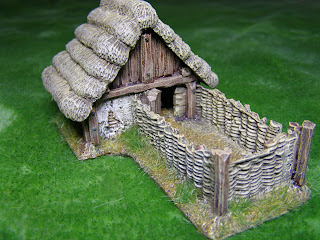 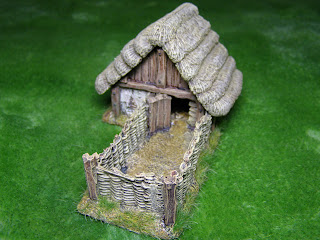 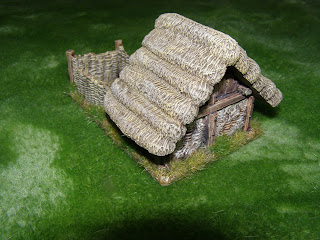 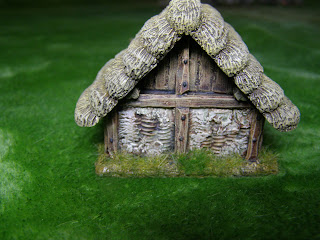 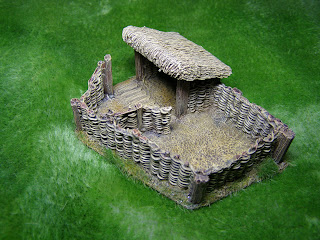 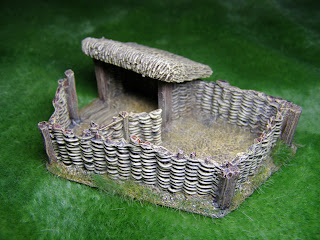 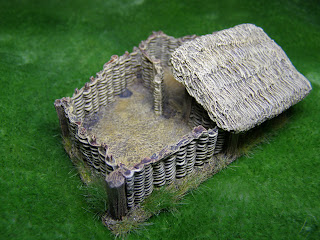 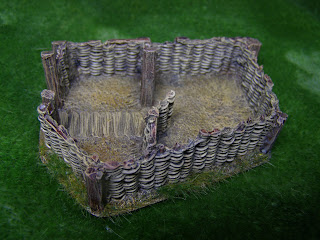 I'm delighted with these building and I do have a use for them, being used primarily for Dux Britanniarum rules by the Too Fat Lardies.  These will play a crucial role. I would also like to play some of the lesser known Dark Age battles such as the one at Nether Wallop near Winchester in Hampshire UK.  This was also known as the Battle of Guoloph.  The only issue will be the Order of Battle, the terrain and the exact location...but hey, we are wargamers, since when has that ever stopped us!

On a different topic, I have received my massive parcel of Medieval buildings now from Grand Manner. These are all from the magnificent unpainted limited sale from earlier in the year. To say they have been lovingly individually packed is an understatement.  They are clearly very customer service focussed as they were determined that they arrived in a superb undamaged state.  I have not finished unpacking them yet, but my goodness, they look superb!  The Battle of St Albans and many others including English Civil War, will be played out with these new buildings...when I get around to painting them!  First of all, I really need to paint some soldiers!