This time we have some more German support elements for my Great War collection.  The Granatenwerfer 16 was a spigot mortar with a range of around 300 yards. It was a clever design which suited static trench warfare but could also be broken down into several large parts for rapid carriage for more mobile operations. A section would serve this weapon with the greater number of men acting as ammunition carriers. 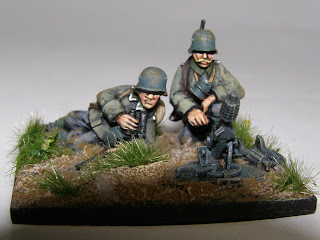 The rest of the section is currently on the painting table but the main stand is here and has already seen action in a rules playtest.  I intend using the WW1 modification for 'Chain of Command' rules for these. 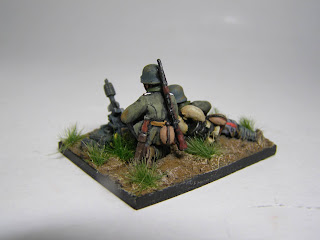 The figures are all by Great War Miniatures.  They are really well sculpted and I just enjoy painting them.  I might have mentioned that previously! 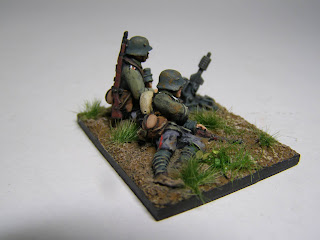 As the British have their Mark IV tank (shown in an earlier post), I have added a Mauser Tankgewehr M1918 to give them a further chance of knocking it out.  The rifle is precariously posed on a pile of bricks which I suspect would not stand the shock of firing without toppling over.  To give the illusion of it being a beefier support, I have added thicker foliage and broken tree stumps around the bricks.  The impression made by the bricks of it being in a fully urban setting is also dissipated which means it won't appear jarring when on a green field environment of the 1918 breakouts. 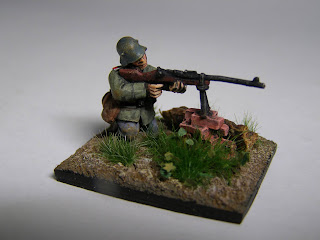 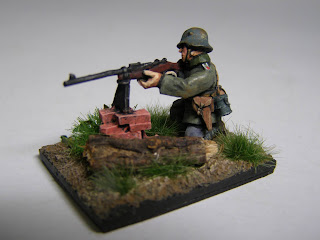 Great War Miniatures also produce a sniper pack and these figures really deserved some time with the paint brush.  The additional armour on the figures is really interesting to see.  The figure is cast on a base with sandbags already in situ.  I just needed to build the ground up around his upper body and elbows to allow him to have sunk in a little. 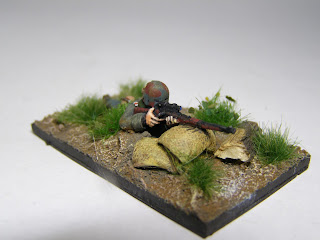 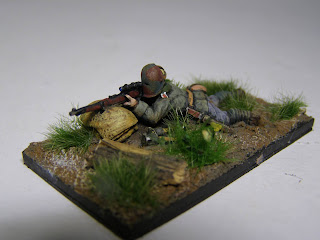 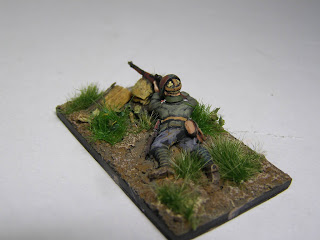 The sniper figure below again comes on a base with some interesting cover already in place. Bricks, wood and corrugated tin adorn the base, giving the sniper some cover and plenty of  painting interest.  The armoured shield is a great addition and is based on examples in photos. 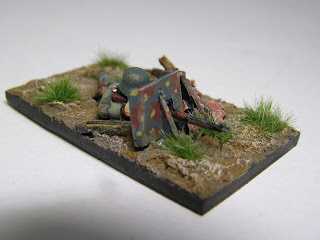 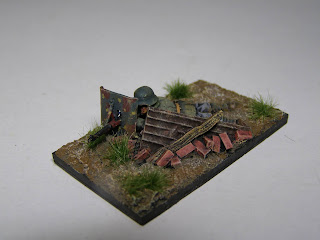 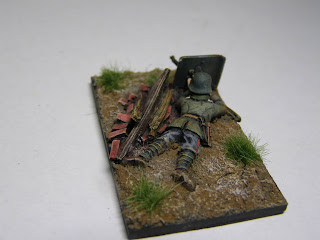 A kneeling sniper with additional helmet armour and also a standing sniper in face armour and home-camouflaged coat/zeltbahn make up the remainder of the pack. 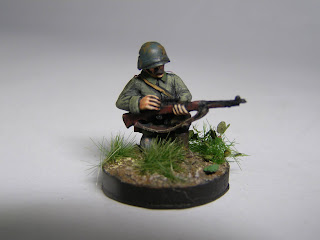 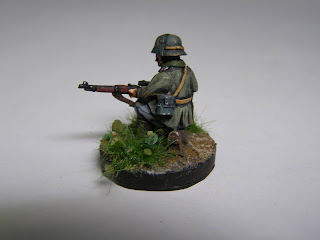 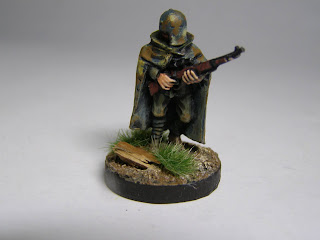 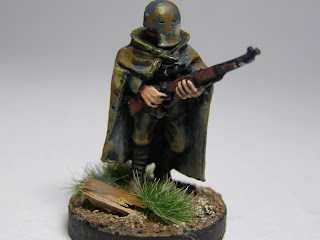 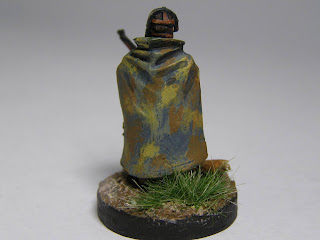 I have had two solo-playtests of 'Chain of Command' for the Great War at the weekend, and these were a great success. I was slightly afraid of not liking the rules after so much effort gearing up towards it. But they are brilliant. Lots of tactical choices to be made every turn without getting bogged down in silly detail.  It does feel like a Platoon Commander's battle and that made it really interesting.  More next time!