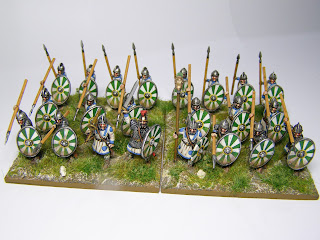 So, how late are these Late Romans?  About 18 months actually!  I painted these up amongst some other Late Roman's and completely forgot to post the photos up. 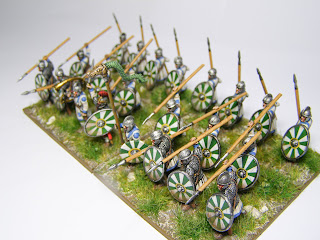 The troops are from the plastic boxed set by Gripping Beast.  I have long had a liking for the striking colours of the Late Romans. What makes them extra interesting is that the shield designs and units were recorded in the Notitia Dignitatum book. 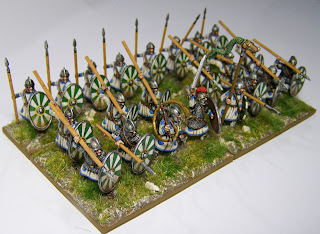 My Late Roman army is so far very small but is approaching playable status, slowly but surely. 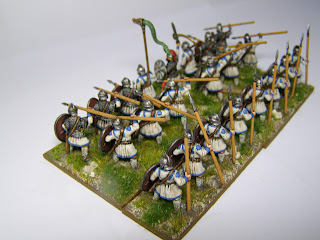 I seem to recall that the shield transfers are by Little Big Man Studios. 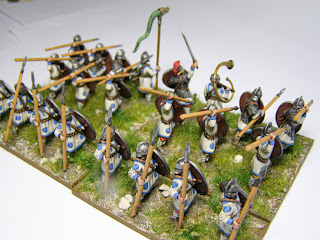 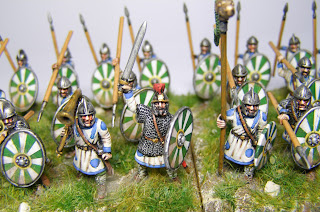 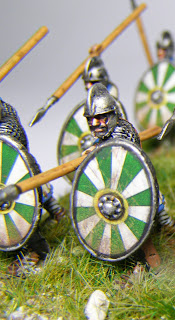 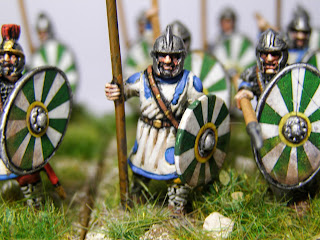 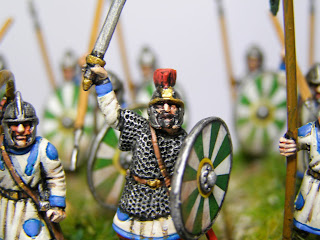 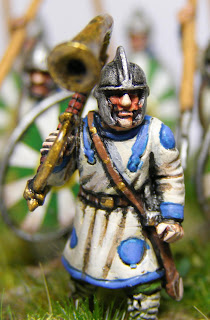 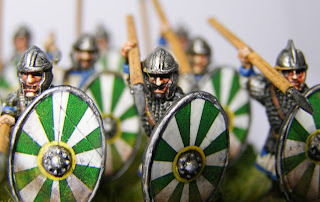 This might appear to be a departure from my recent projects, but another Zulu regiment has been completed.  I'm just not sure what to do next.  I have several things built ready to continue with but I just need the inspiration to get on with things.

Other hobbies and the fine weather have distracted me of late.  I have also been purchasing books on the 8th Army in WW2 and reading some classic desert war literature including Alan Moorehead's very interesting account of the campaign.  It could yet be tanks on the painting table...we shall see!