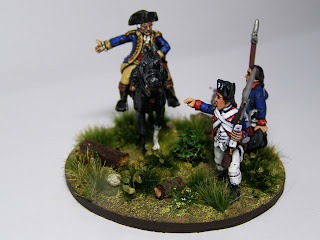 Another Continental Brigade Commander now based on a decent stand with two new colleagues.  I think MDF bases are wonderful. Nice and flat and not bendy like plastic.  Prior to the re-basing this senior officer was on a single stand which did the warpey plastic thing.  Now as a vignette with two freshly painted Perry Miniatures the whole stand comes to life. 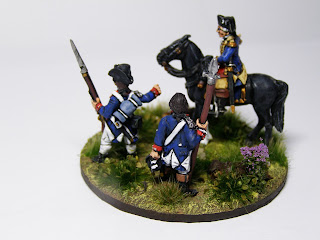 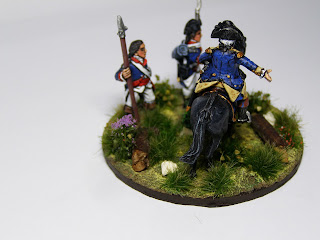 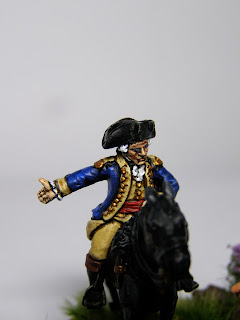 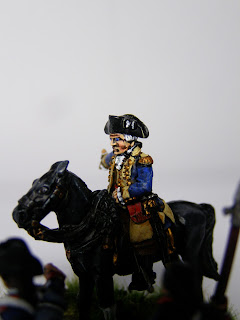 Paints are my usual combination of Foundry and Vallejo with no doubt some Games Workshop colours used in places too. 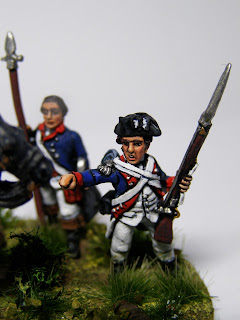 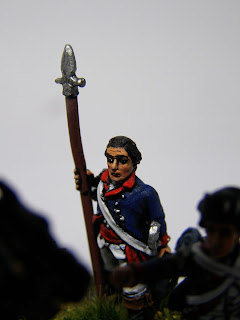 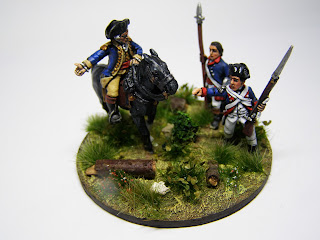