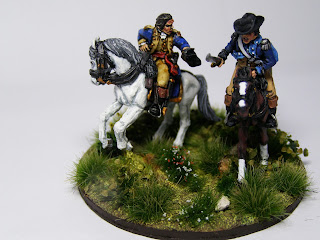 Here we have one of my latest additions.  An American Brigade Command stand containing two officers. 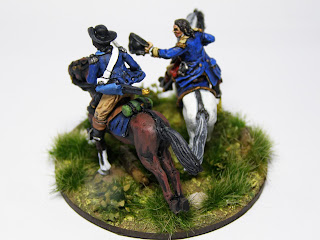 The figures are both from Perry Miniatures.  I must confess to having painted the General on the white horse some years ago (probably around 2008) , but he was on an individual stand, as were all my brigade commanders.  These days I do prefer a small group or vignette where senior commanders are concerned.  It just adds that little extra to the field. 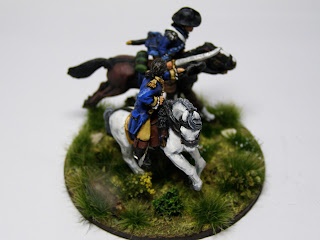 The Perry's American War of Independence range is superb but I just wish they made more mounted officers for both sides.  The mounted officer who is being hurried on his way by the General is from the Mounted Militia Command pack which I purchased with the aim of carrying out some suitable limited conversions to create more mounted commanders.  I made the epaulettes for the militiaman out of 'Green Stuff'from Games Workshop. 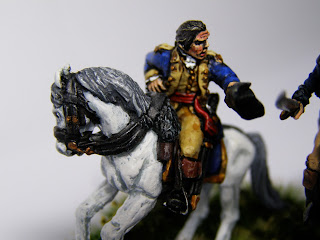 A close up of the General. 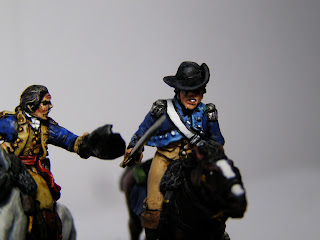 Here we have a frontal view of the converted mounted militiaman.  Now a senior officer of one of the Virginia Continental Regiments - no doubt being hastened with new orders for his regiment! 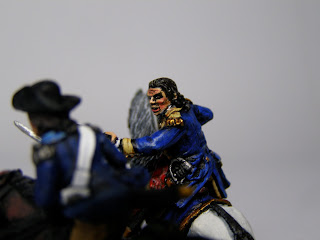 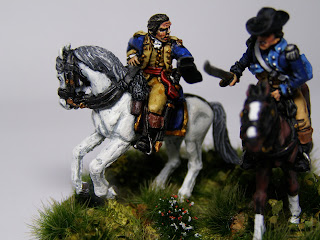 Whilst creating this stand I took the opportunity to complete two more command stands. More photos to follow of those in due course!