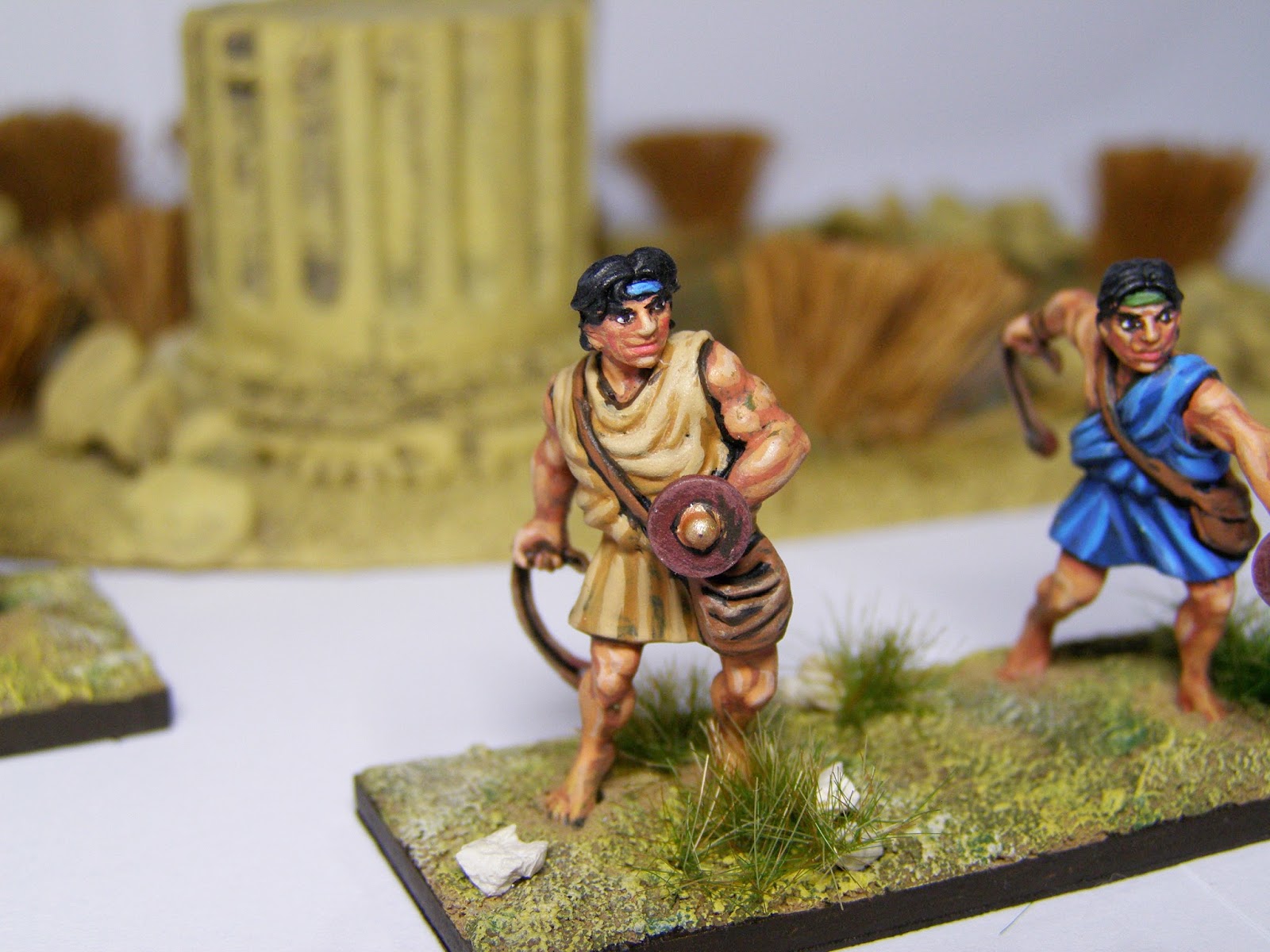 I have had some time of late to make in-roads into the ancient world again and paint a historical period I have wanted to do for a long time - the ancient Greeks.

Dense formations of Hoplites, lots of bronze armour and interesting light troops. Ancient Greece has all of this of course, and it did succeed finally in enticing this wargamer get the brushes out and make a start. 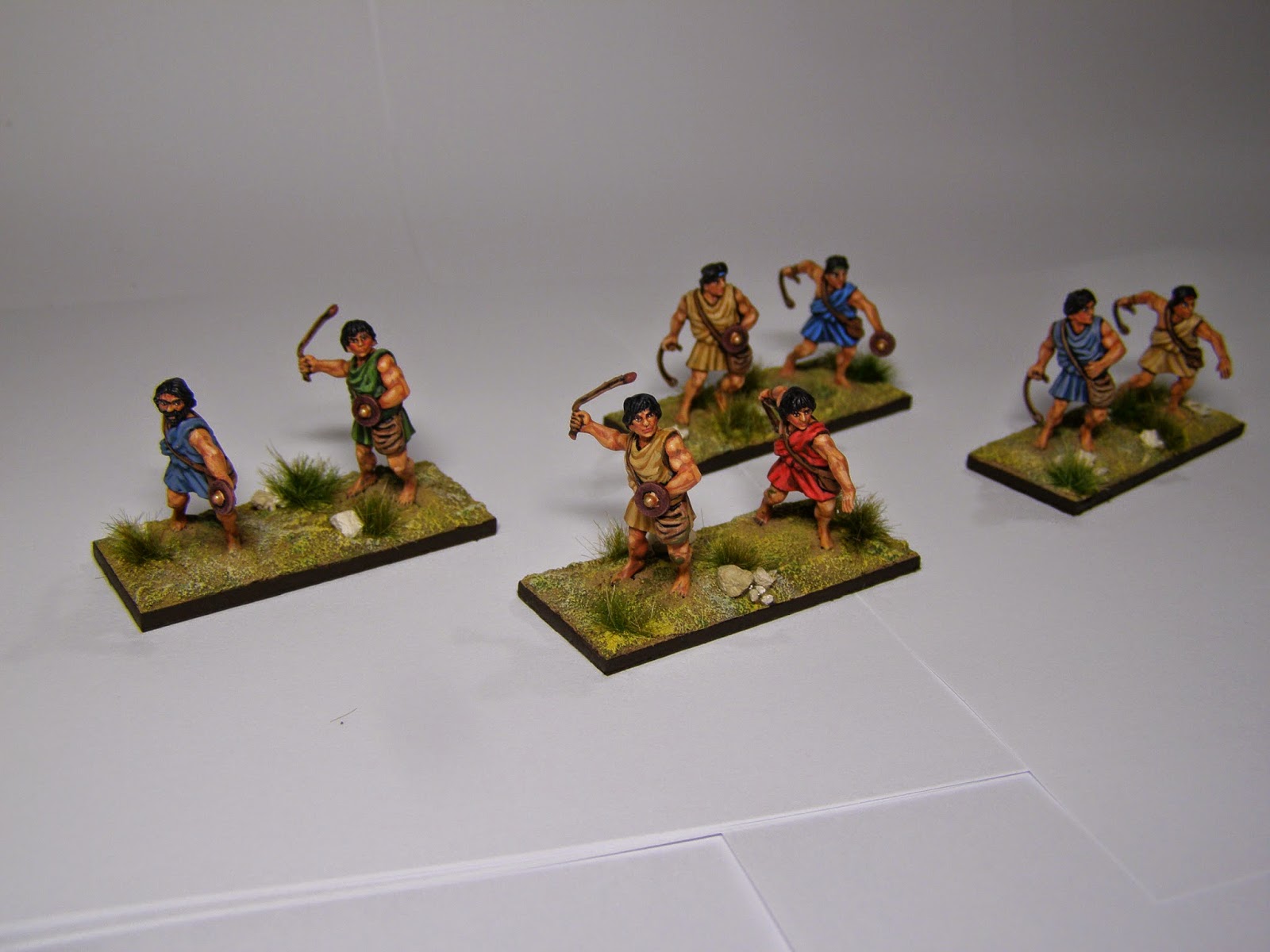 I decided to purchase some sets from the new range by Victrix.  They are simply stunning sclupts and it was a joy to assemble the Victrix plastic boxed set of Peltasts, Javelinmen and Slingers.  Once I had decided what colours to use and what method to paint them, progress was very rapid. 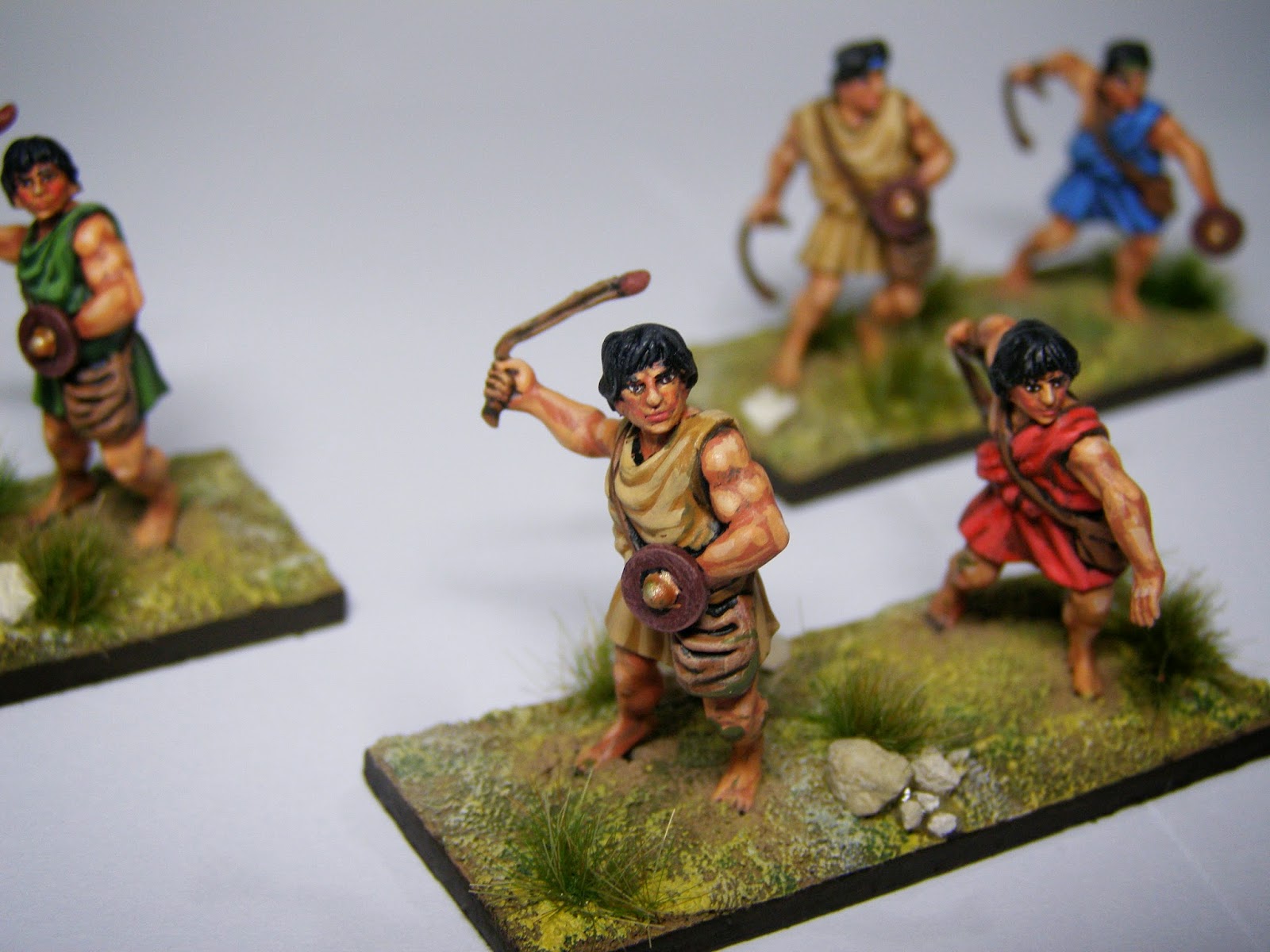 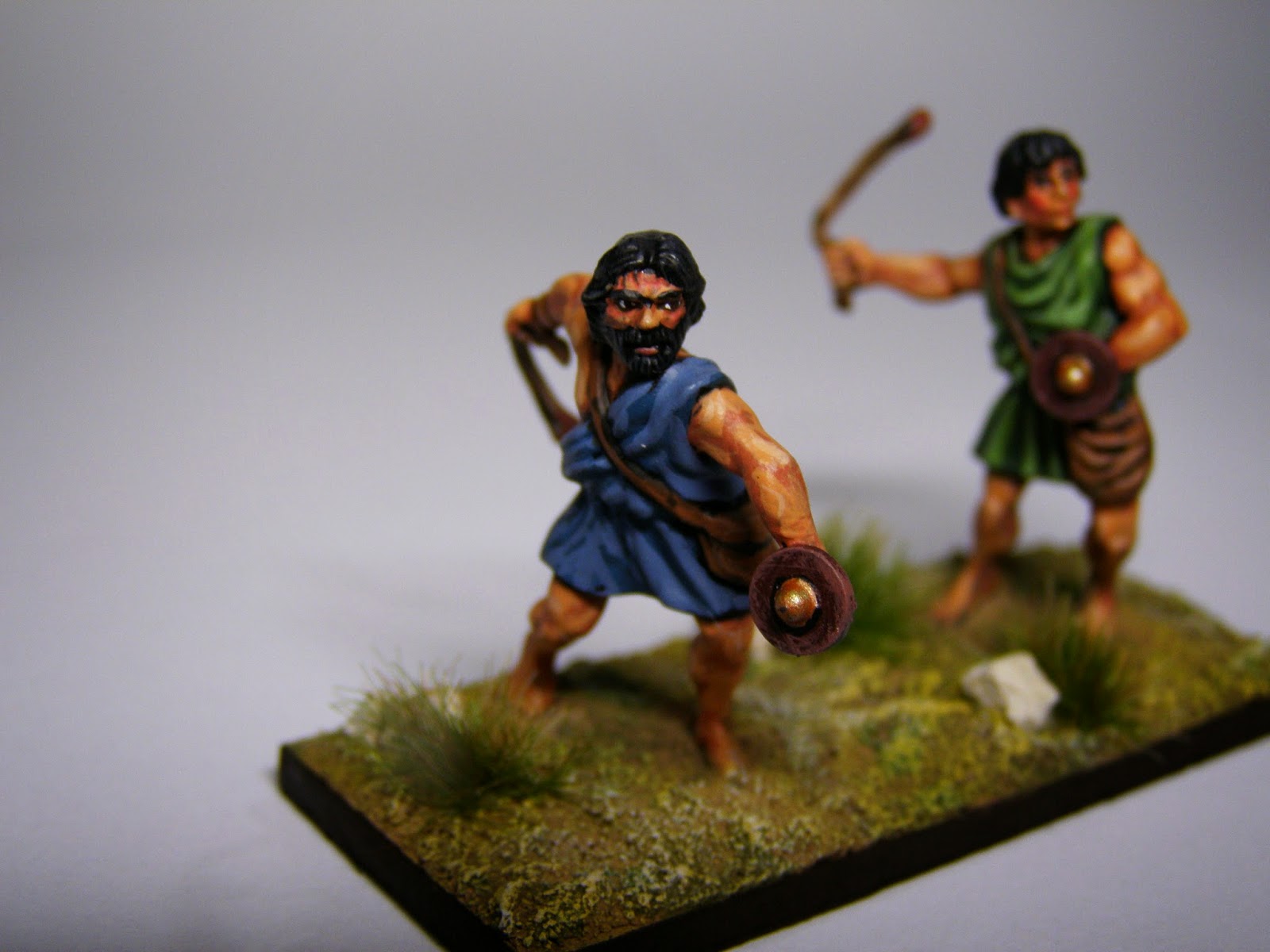 Getting the contrasts in the folds of the tunics was actually really enjoyable.  I used the Foundry triad system over a black undercoat (with some use of Vallejo paints too).  I tried to make the contrasts a little more pronounced as folds in clothing appear under a hot bright sun. 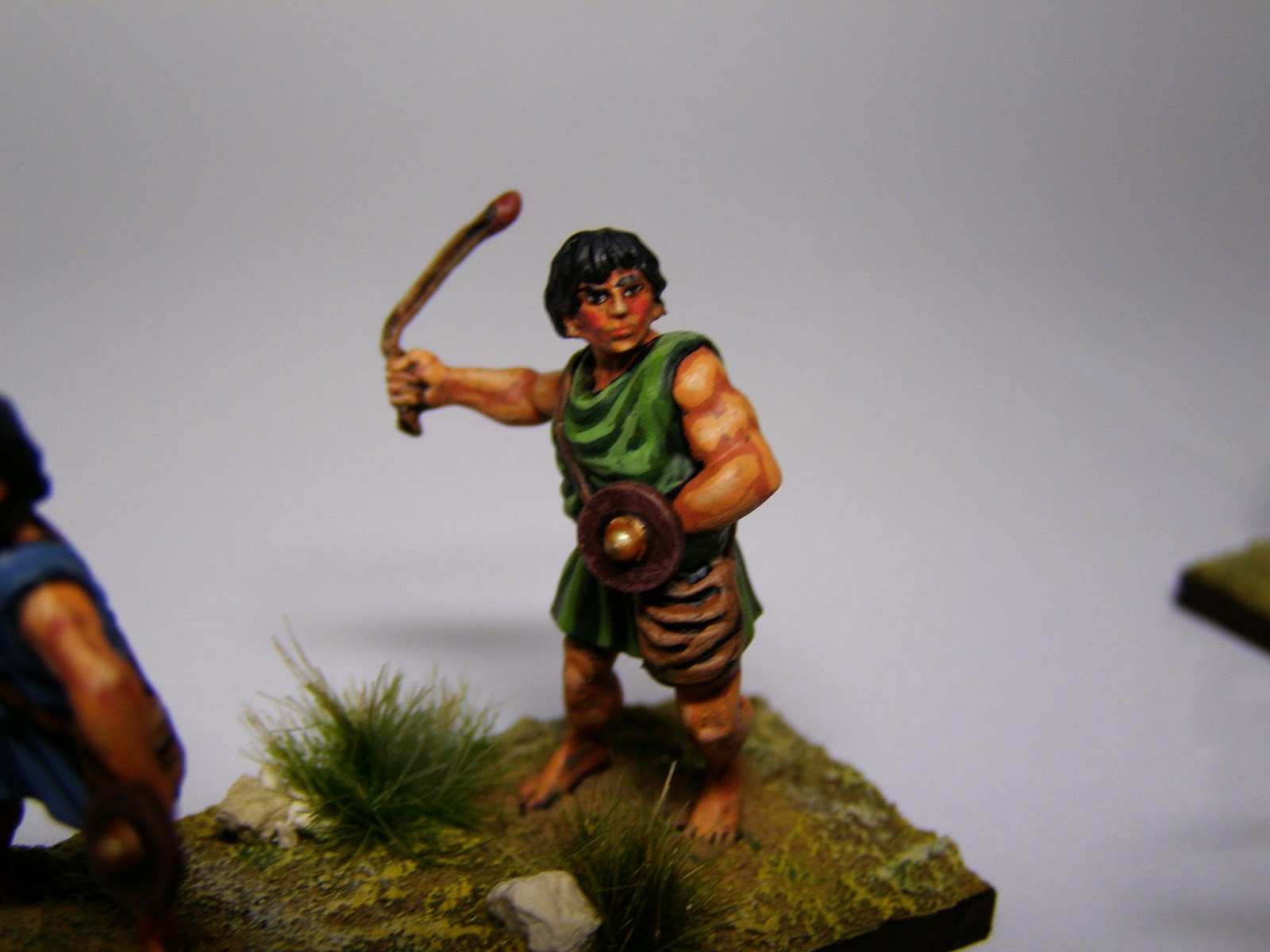 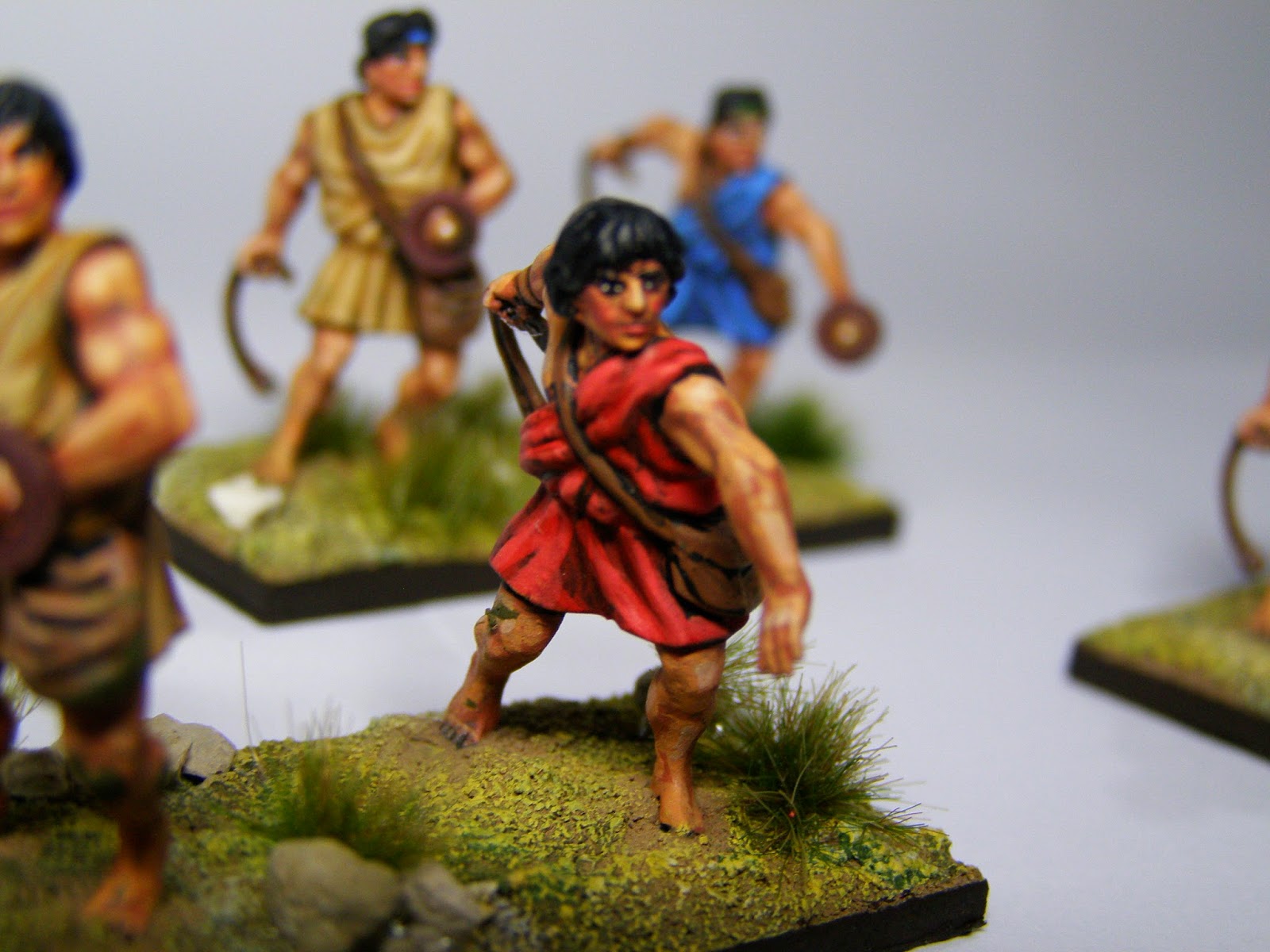 Likewise I tried to make the skin tones contrast again in the same manner, with highlights and darker than usual lowlights to bring out the muscle-tones.  Hopefully these now look like chaps who spend a lot of time outdoors.  The Foundry 'Mediterranean flesh tones were used but then lightened on the surfaces with normal highlight flesh. 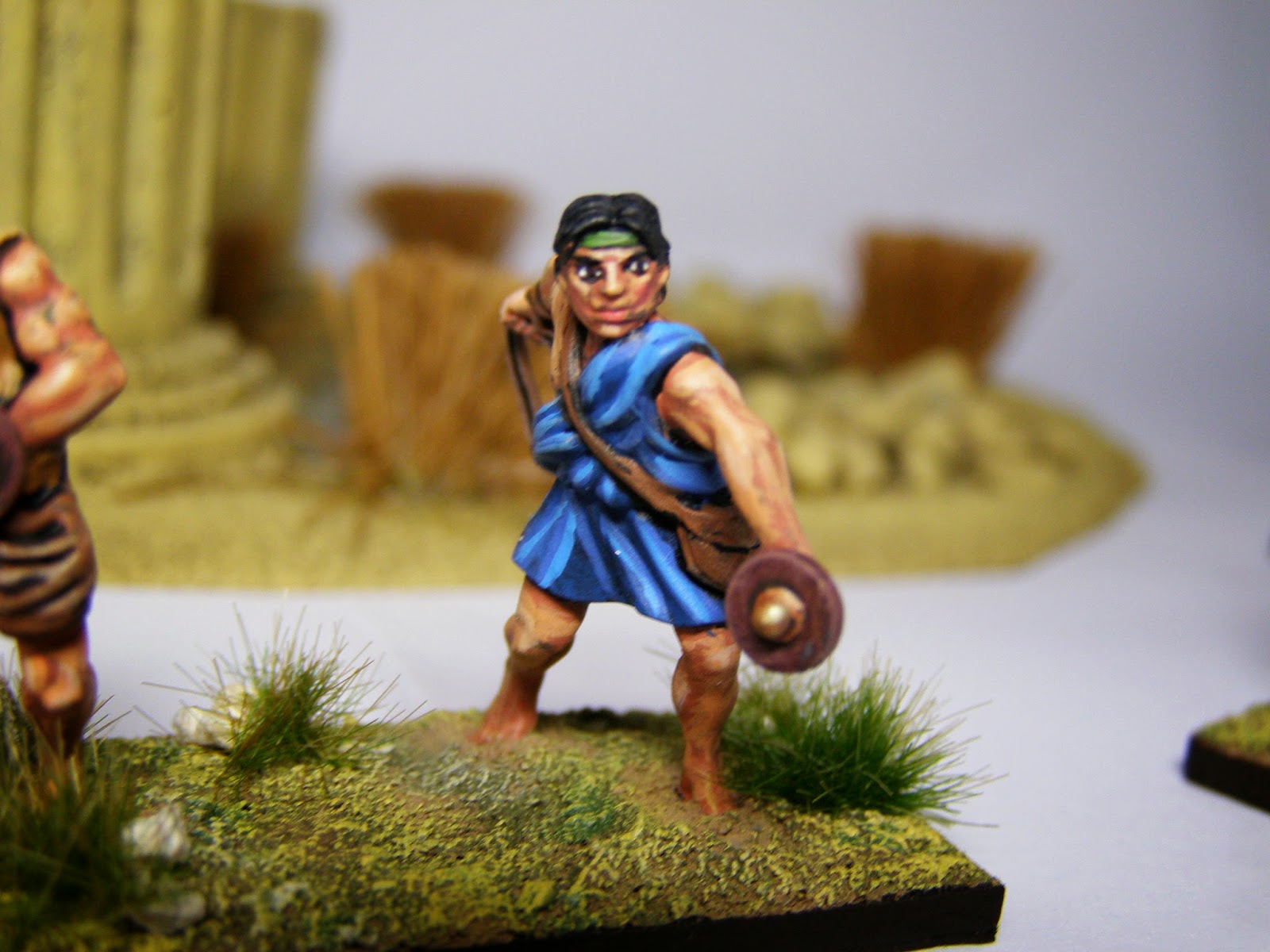 I have never yet been to Greece but many lunch breaks at work were spent on Google Images trying to get a feel for the Greek landscape.  I am much more used to European grasslands on my basing so I wanted to make the bases look more arid without being excessively desert-like.  Hopefully the effect looks right - I used some white cat litter rocks as opposed to the grey ones for a more sun-bleached stone look. 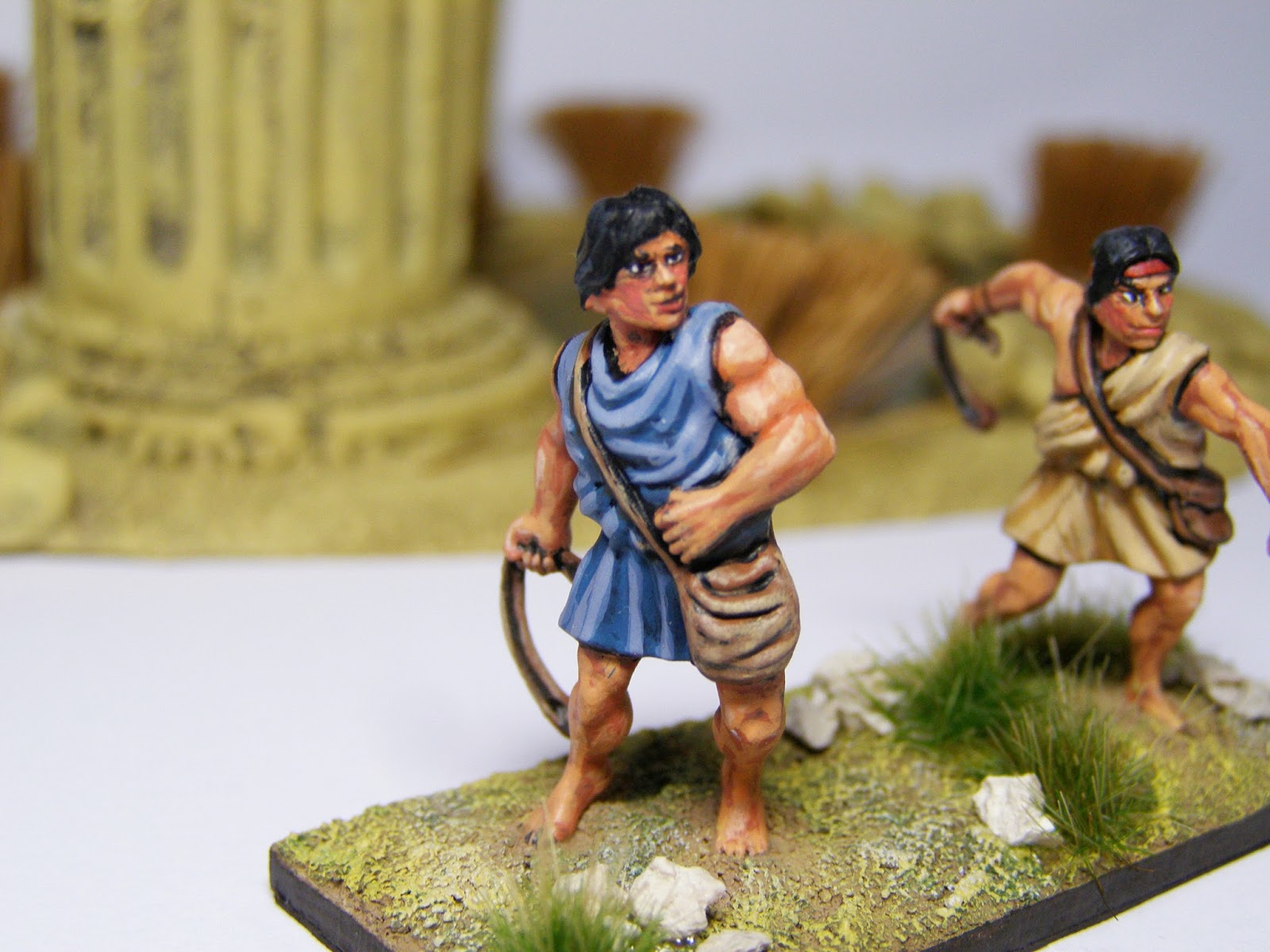 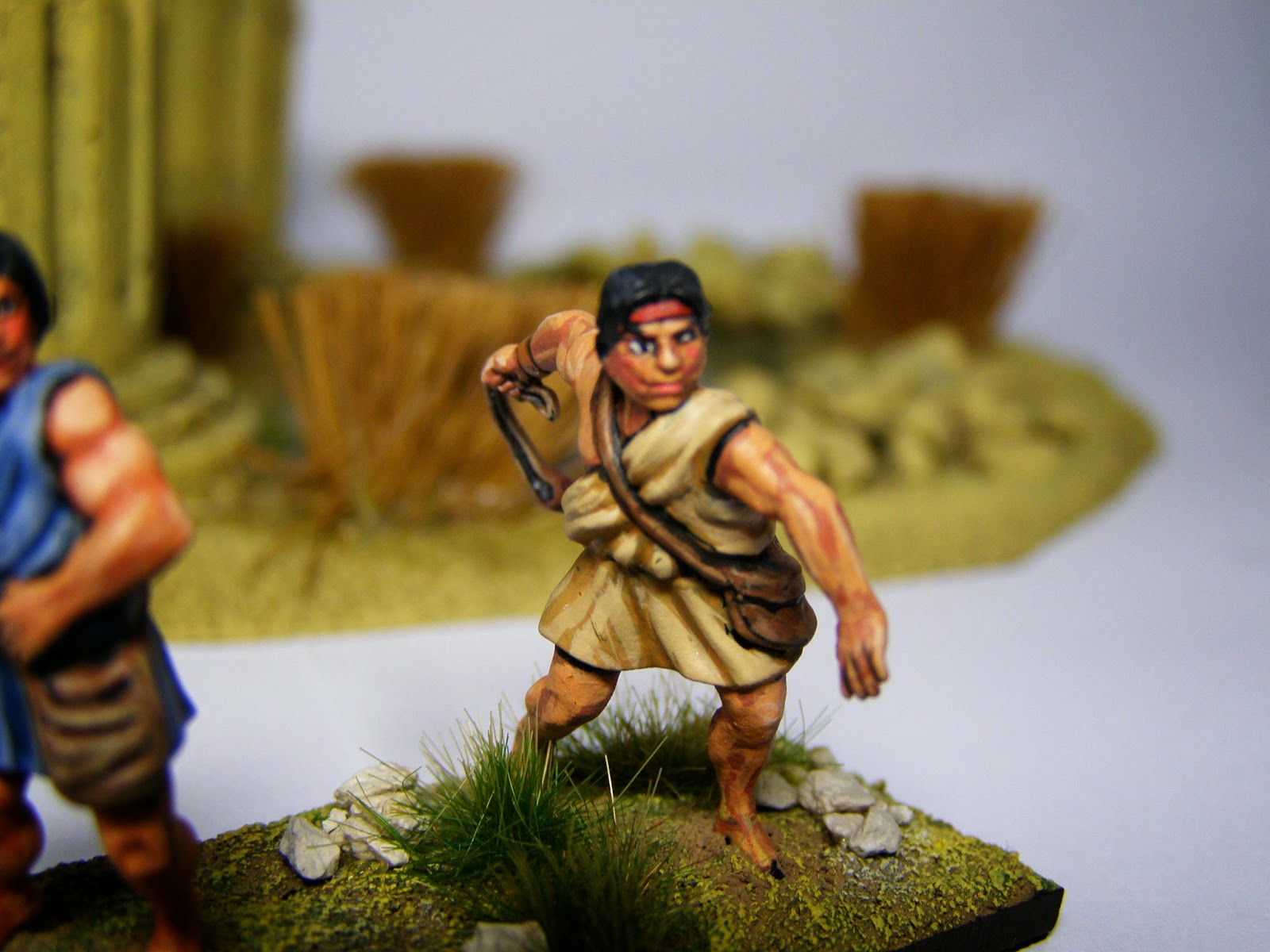 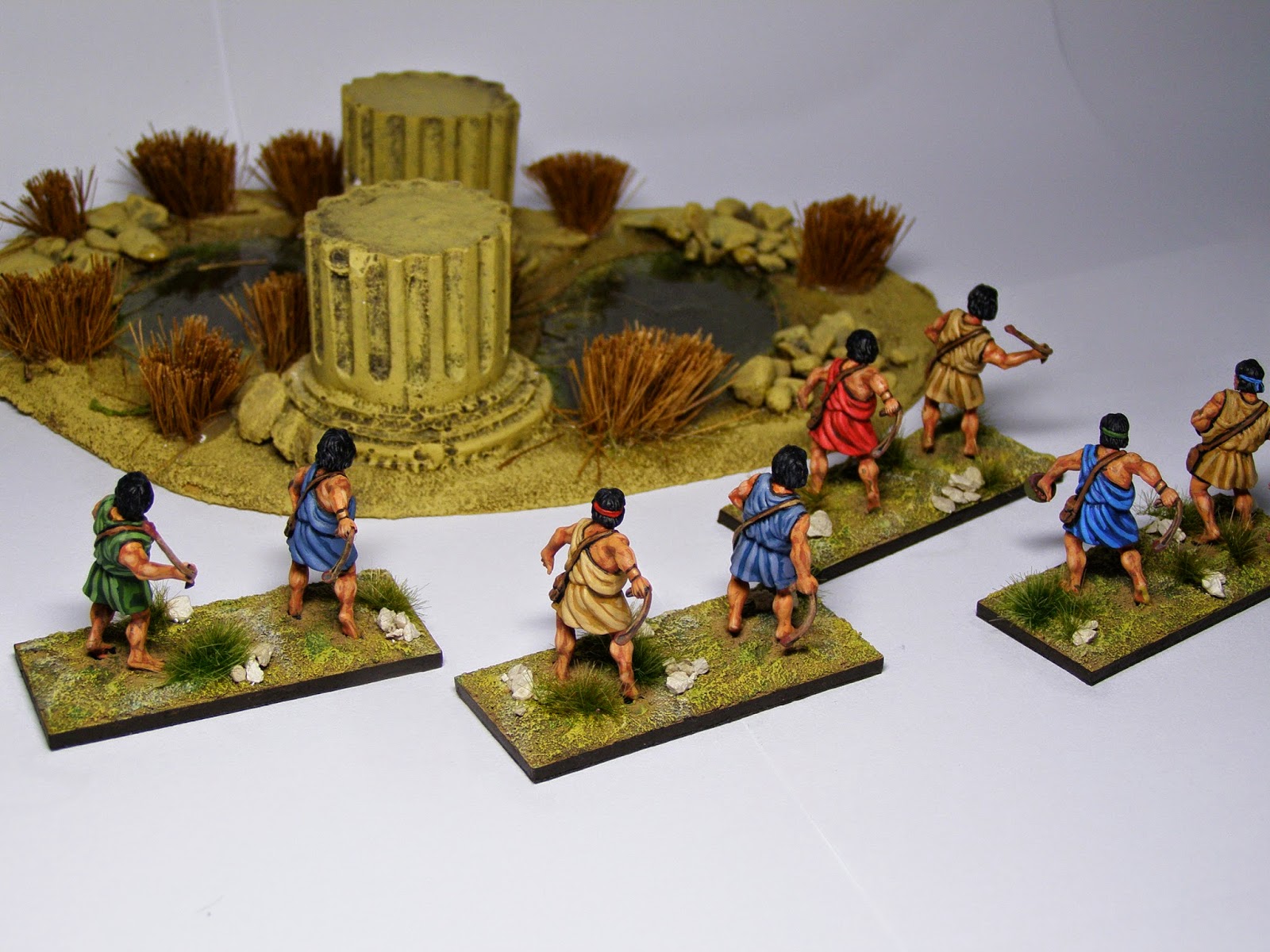 This unit is going to be a welcome addition to my new Greek armies - harrying the flanks of the Hoplites and being a nuisance or a help depending on whose side they are on!  I will certainly be getting some more of these fellows in due course.
Posted by Jason at 23:20