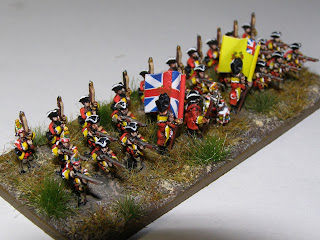 First posts of a new project (yes, another one!).  I actually started this project one last year but made very slow progress until this virus lockdown.  Pendraken Miniatures are still operating and I thought it would make sense to build on the couple of regiments that I nearly completed last year. 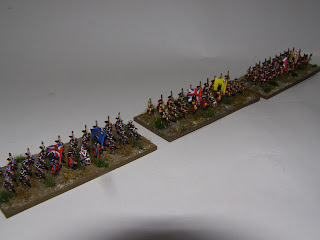 I finally finished these units today.  One unit was awaiting it's Kings and Regimental Colours.  Pendraken sell the 10mm flag sheets too, though I have painted on the regimental details as the flags are supplied with basic colours only, allowing finer detail to be added (and indeed, I have repainted completely as I required). 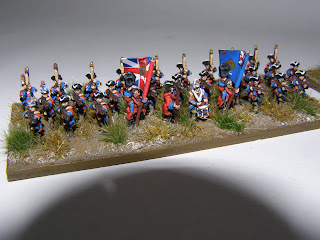 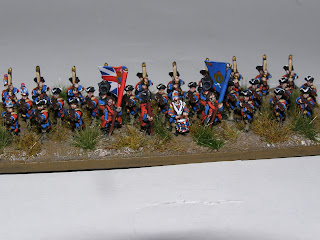 I am getting to really like 10mm as a scale.  The figures allow the detail to really burst through, and allow some intricate painting if one wishes, though there is always that trade off between what is worth being painted if it cannot be seen from a couple of feet away. 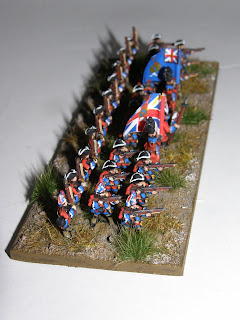 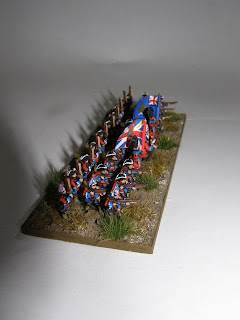 I have tried to paint on only the detail that defines the character of the troops.  So lacework has been confined to be around cuffs and tops of tricorn hats, any more is just not worth the time expense. 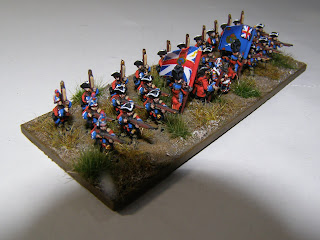 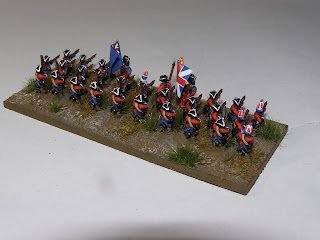 The exception to this are the grenadiers who needed that little extra detail as their mitre caps deserve, and also officers and drummers, who have had a further application of lace and detail as necessary. 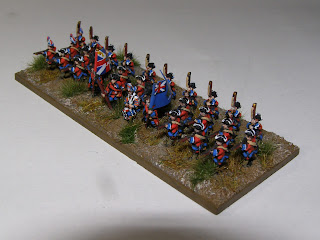 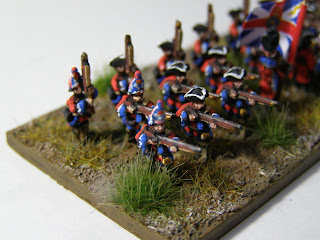 I have mostly used the Foundry 'triad' painting method and really only using the 'A' darker shade and the 'C' lighter shade.  This enabled a greater contrast and made the highlights stand out more from the depth of the lowlights. 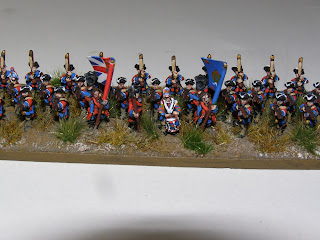 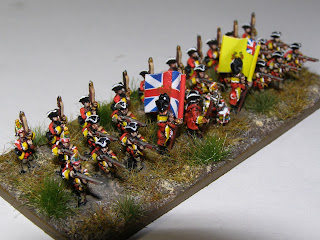 I try to complete a unit in two days (mostly evenings) and work through a typed procedure which I can pick up again at any time if my interest should wane. 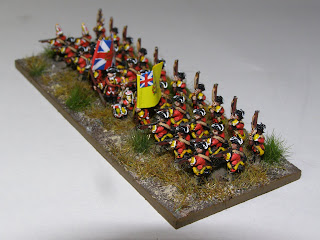 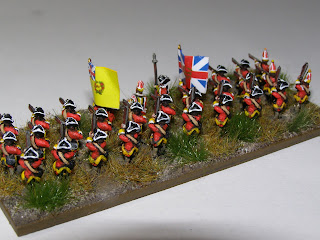 Lining in and touching up has been kept minimal intentionally.  I tend to line in around the cuffs and sword/bayonet strap.  As I used a black undercoat which I have tried not to go over too much, this means that I don't have to over-fuss to finish off. 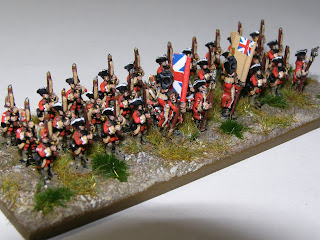 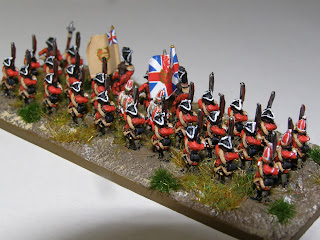 It was a hard choice between making two ranks or three ranks for these units.  It all came down to ground scale and the visual impression I wanted to create.

Basically I hope to portray the battles of the Jacobite Rebellion at a scale of around 1:10.  So this would have a good number of troops on the table and have a relatively short base length to fit the whole battlefield on comfortably.  Culloden will undoubtedly be the main field of battle for these troops (though they may yet see fields as far as Europe in the Seven Years War yet!). 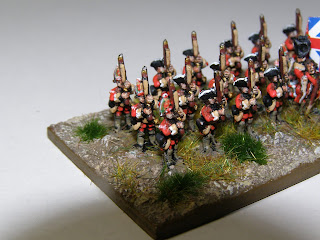 The British line tended to be three ranks deep at this time and I was keen to show that too. 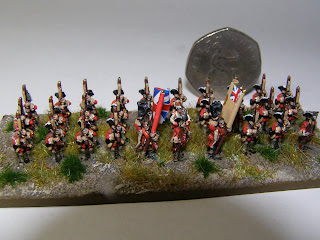 ...and here we are with the regiment next to a 50 pence piece, showing the small size of the 10mm figures and the minimal ground size that they occupy.  This should allow some pretty mighty battles to be fought!