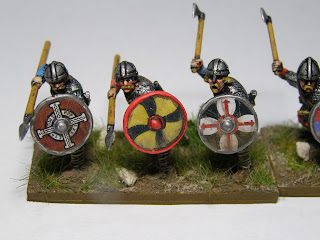 Some hard as nails Huscarls this time and some Fyrd too.  I built and undercoated these last year and have only just got around to actually painting them. I do have quite a few figures like that, all waiting their turn patiently until inspiration strikes. 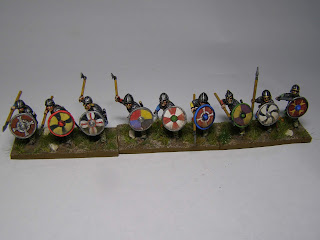 This time the inspiration was from a solo game that I set up two weeks ago. I was quite impressed how my armies were shaping up. It has only taken nearly 30 years to get to the point of being 'playable', however some glaring holes remained and this became apparent in the solo game. 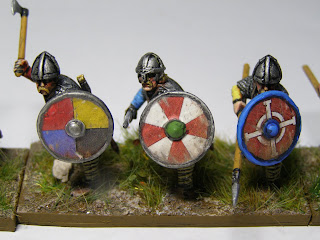 My Anglo-Saxon army had no skirmish troops at all, so the Normans could always come up quite close and put close range archery fire in, almost with impunity.  In the 'Hail Caesar' rules there is a short range distance for line troops (known during our games un-officially as 'chucking stuff' range) which would probably include random javelins, rocks etc. Though the distance is understandably short. 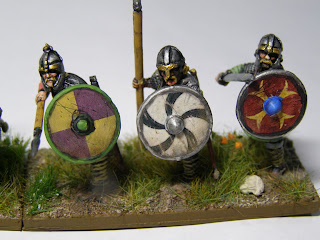 This problem must have been understood at the time. No troops want an enemy who can just stand off and pour in shafts of wood and iron.  So some skirmishers with missile weapons must have been desirable.  I retrieved some unpainted slingers which I purchased a few years ago when I first learned this lesson (!) 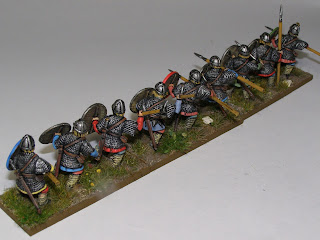 ...and then I thought, I could do with some Huscarls painted up, and a stand of Fyrd would be useful too. Simple uniforms so it shouldn't take too long.  Well this is true. Compared with lots of Napoleonic lace they are quick to paint and rather fun. 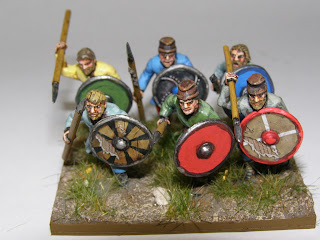 So I painted this batch in one group; Huscarls, Fyrd and slingers and today, after two weeks off and on, I reached the end of the production line for them. 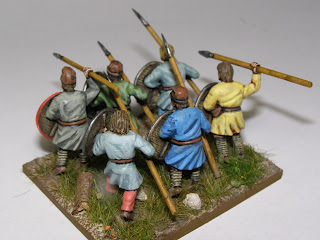 I have to say, that the extra work that the shields require is always worth it. I could never paint the patterns and battle damage as well as these decals from Little Big Men Studios. 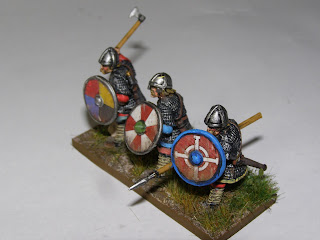 I said that the figures are by Gripping Beast and this is largely true. I think some Fyrd head conversions are in there too from the Wargames Factory sets. It might be the case that a Wargames Factory Huscarl is in there too. I just can't remember from when I built them last year. 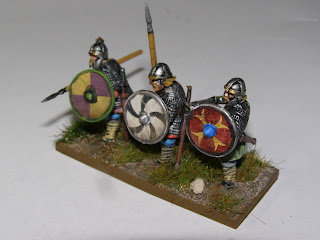 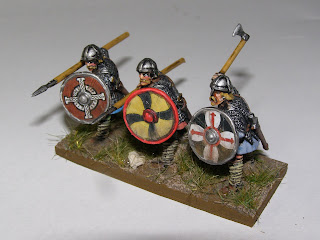 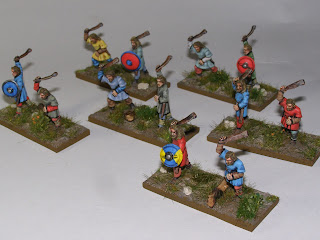 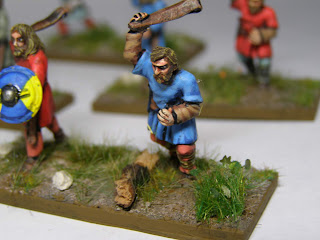 It's funny how one can really try to finish painting a unit in order to paint something else from another period that you are reading about.  You finally finish the painting with relief and then you look at your new freshly painted unit and think...'Hmmmm...those are really ok, maybe I should paint some more!' 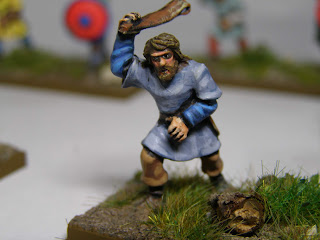 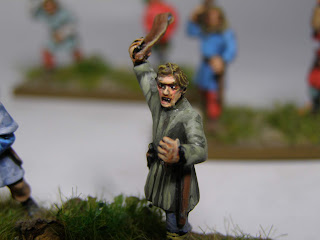 I have that feeling now of wanting to paint more of them. I had ordered 3 boxes of Zulus from Perry Miniatures to get us through the pandemic lock-down, but alas they have just today ceased production and deliveries. Which is fair enough...I have plenty of other things to paint. 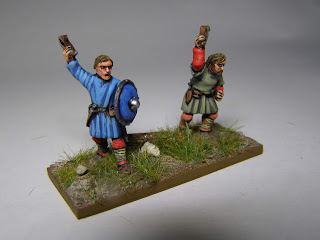 Let's see what comes off the painting table next. It might not be long with this compulsory painting time.

Stay safe out there.